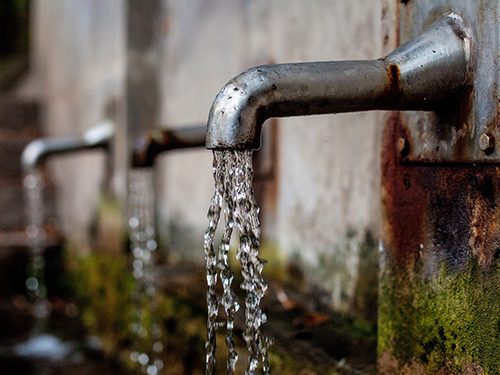 Despite being one of the wealthiest nations on Earth and having an abundance of fresh water, Canada can’t seem to find a way to secure clean water for First Nations communities—though it will move heaven and earth to pipe its oil and gas to market.

In a recent op-ed in the Toronto Star, Brandi Morin, a French/Cree/Iroquois journalist and human rights activist, asks how it is that Canada can “commit billions of dollars to oil pipelines” but can’t find the means to provide safe drinking water to First Nations communities that need it, despite endless and fervent promises to do just that.

Having committed itself in 2015 to ending the water crisis currently afflicting First Nations communities across the country by March 2021, Ottawa now admits it will miss that goal. In one community—the Neskantaga First Nation in Northern Ontario—citizens were evacuated last month to Thunder Bay, where they remain displaced today, due to toxic water. The Neskantaga boil water advisory has been in place in since 1980.

Such failures put Canada decidedly on the wrong side of a 2019 United Nations Water Development report, which affirmed safe drinking water and sanitation as fundamental human rights.

While the Trudeau government has cited COVID-19 travel barriers as one of the reasons Ottawa has once again failed to deliver on its clean water promise, the lack of clean water has actually made the struggle against the coronavirus all the more difficult for First Nations.

And even before the arrival of the pandemic, life without safe water in First Nations communities was harrowing, writes Morin, citing a 2016 Human Rights Watch report revealing that contaminants in the water supplies on some reserves included “coliform, E.coli, cancer-causing trihalomethanes, and uranium.”

After “years of advocacy from the communities after industrial pollution poisoned their main water system, the English-Wabigoon River in the 1960s and 1970s,” the feds are funding a C$19.5-million methylmercury poisoning treatment centre in the Grassy Narrows and Wabaseemoong First Nations in Northern Ontario. They’ve also managed to lift 97 long-term water advisories in Indigenous communities. But 59 advisories persist, meaning that thousands remain without safe water.

Meanwhile, those communities that do still possess safe water sources feel threatened by the industrial development the Trudeau government is warmly promoting. Case in point, writes Morin, are First Nations communities along the planned route of the Trans Mountain pipeline.

Morin notes that Ottawa has ponied up an estimated C$12.6 billion to build that pipeline, against the estimated $3.2-billion cost of fixing the on-reserve water crisis.

“Even though Trudeau has said, time and again, that his first priority is reconciliation with Indigenous Peoples, his actions speak far louder,” Morin concludes.