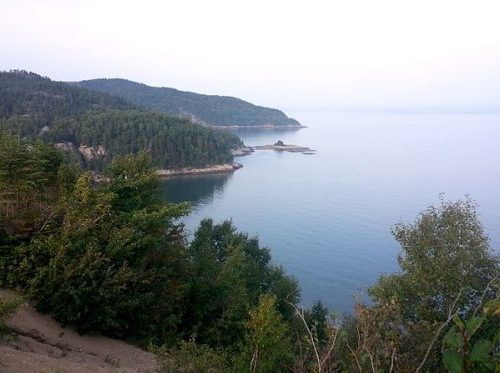 Quebec Premier François Legault has ruled out provincial financial support for a plan to build the GNL Québec liquefied natural gas (LNG) terminal in the province’s Saguenay region, but stopped short of cancelling a controversial and high-carbon project that he previously supported.

“The Quebec government has refused to allow public funding for GNL Québec,” Legault told the National Assembly, after Québec Solidaire co-spokesperson Manon Massé tabled a petition with 110,000 signatures opposing the project. “So we’re talking about private funding. It’s also a challenging project, since we’re talking about a $10-billion investment if we include the gas pipeline.”

That might be a problem for the company, which expressed interest in obtaining government dollars or investment when it filled out a lobbyist registration form earlier this year, Radio-Canada reports.

The project is currently undergoing environmental review before Quebec’s Bureau d’audiences publiques sur l’environnement (BAPE). But in the Assembly, Massé said the province already has all the evidence it needs on the project.

“Will the Premier have the humility to admit that he was wrong, and that GNL-Québec is dead?” she asked, noting that senior executives and financial backers had stepped away from the project. “GNL-Québec is incompatible with the fight against climate change. We don’t need the BAPE to tell us that.”

“I have confidence in the BAPE,” Legault responded. “We will wait until we have the BAPE report, and then we will come to the right conclusion. “

After coming out in favour of the project multiple times, Legault declared in August that the province would not be the only one to provide public funds if other governments declined to do so. Meanwhile, public pushback against GNL Québec has been growing fast. Opponents have warned that the project could produce 1.8 billion tonnes of carbon pollution over 25 years, and took issue with the government’s refusal to look beyond site-specific issues during BAPE hearings.

The plan includes a 780-kilometre pipeline from Ontario to Saguenay-Lac-Saint-Jean that would pass through ancestral Innu territory, and raises concerns about damage to wetlands, water pollution, and accident risk, CBC reported earlier this year.

Environmental groups said the 110,000 signatures made the petition one of the largest in the province’s history, showing that GNL Québec would have no social licence to operate. “The Quebec population has said ‘no’ to shale gas in the St. Lawrence River Valley, ‘no’ to the Robaska LNG terminal in Lévis, ‘no’ to the Energy East pipeline, and no again to the GNL project and pipeline,” said Coalition Fjord co-spokesperson Adrien Guibert-Barthez. “That’s because we need to get rid of fossil fuels, not increase their extraction around the world.”