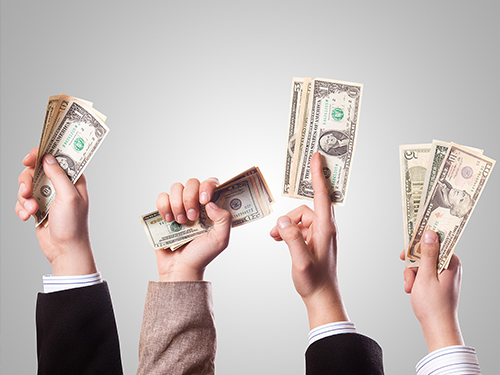 Just days after 42 major corporations signed a statement urging President-elect Joe Biden and the U.S. Congress to “enact ambitious, durable, and bipartisan climate solutions,” two online journalists revealed that at least six of the companies made political donations that could help block those solutions before they get off the ground.

The US$5,000 donations from Microsoft, Bank of America, General Motors, Goldman Sachs, Ford, and Dominion Energy won’t likely be the tipping point in two fiercely-contested Senate campaigns in Georgia, where total spending is expected to hit $500 million by the time the polls close January 5. But Heated publisher Emily Atkin and Popular Information publisher Judd Legum still contrast the donations to Republican candidates Kelly Loeffler and David Perdue with the strong climate principles the companies endorsed, in a sign-on organized by the non-profit Center for Climate and Energy Solutions (C2ES).

“If either Loeffler or Perdue win on January 5, Majority Leader Mitch McConnell (R-KY) will remain in charge—an outcome which experts agree would cripple the outlook for ambitious climate policy,” Atkin and Legum write. “Climate scientists say a further delay of two years for comprehensive climate policy would be enormously consequential. Still, many companies had no problem quietly funding races that would almost certainly prevent that outcome, while loudly declaring their commitment to climate action.”

That level of ambition would be “off the table for at least two more years” if Republicans retain control of the U.S. Senate, University of Illinois agricultural economist Scott Irwin told Reuters, in a post cited by Heated and Popular Information.

The C2ES letter called for the United States to rejoin the Paris Agreement, citing the impact of record wildfires, flooding, and extreme weather. “Science makes clear that future generations will face far greater environmental, economic, and health impacts unless we act now.”

The letter also pointed to the economic benefits of a green recovery. “Leveraging American investment and innovation toward the technologies of tomorrow will create jobs, drive growth, and strengthen U.S. competitiveness,” it said. “But successfully meeting this global challenge requires strong, sustained leadership from Washington.”

But presumably not the kind of leadership Perdue and Loeffler would be expected to offer. “Perdue has long been an outspoken climate denier, and has shown little evidence of changing his stripes,” Atkin and Legum write. InsideClimate News, meanwhile, describes Loeffler as a “former energy executive”, the “richest member of the U.S. Senate”, and “an ardent supporter of President Trump and his pro-fossil fuel agenda.”

A Microsoft spokesperson defended the company’s campaign donation to Perdue in a statement to Popular Education and Heated. “We recognize that to make progress on the issues that matter to our customers and to our business, we must engage with candidates and officeholders who hold a range of views,” the spokesperson said. “Given the breadth of our policy agenda, it’s unlikely we’ll agree on every issue, but we’ve learned that engagement—even when individuals hold different positions—is an essential part of achieving progress.”

That position isn’t atypical, Atkin and Legum write, but it means Microsoft “is trying to have it both ways. When its executives are making a glitzy announcement, climate change is an issue of paramount importance. But when Microsoft is asked to justify a contribution to a political candidate who would obstruct climate action for years, climate change is just one of many issues.”

C2ES Communications Director Alec Gerlach said the Arlington, Virginia-based non-profit doesn’t lend its support to parties or candidates, and “such partisan considerations do not enter into our engagement with others, including our efforts to demonstrate business support for climate policy.” The goal of the statement, he told The Energy Mix, was “to demonstrate strong support from leading U.S. companies for ambitious, bipartisan climate policy. We believe the statement communicates very clearly to both sides of the aisle that a large segment of corporate America supports strong climate action.”

All the companies that signed the statement “have publicly declared ambitious climate goals,” he added, and “we did not—and would not—screen companies for their political activity.”

Year of Extraordinary Crisis ‘Breaks the System’ as U.S. Wildfire Crews Burn Out