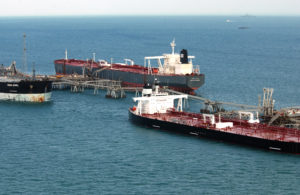 The focus on domestic greenhouse gas reductions in the run-up to next year’s United Nations climate conference in Glasgow, COP 26, will leave out the “biggest climate scandal you’ve never heard of”, Australian political philosophy professor Jeremy Moss writes in a recent post for Climate & Capital Media.

Under the UN carbon accounting framework, “you may be surprised to learn that the big fossil fuel exporters such as the U.S., Canada, Australia, Norway, Russia, and Saudi Arabia take no responsibility for the emissions that result from their exported fossil fuels,” Moss explains. “Currently, countries that rely heavily on fossil fuel imports such as India, China, and Japan must account for 100% of the emissions from the burning of the coal, oil, and gas they import.”

And with “little effort” to date through the COP process to hold major fossil-producing countries responsible for those Scope 3 emissions, those countries’ export activity has “continued unabated” since the Paris Agreement was adopted in 2015. The result: Fossil exports from just Canada, the U.S., Australia, and Norway accounted for more than 10% of global greenhouse gas emissions last year, and the latest UN Production Gap Report shows fossil countries producing 50% more carbon than would match up with a 2.0°C limit on average global warming, 120% more than would be consistent with a 1.5°C climate stabilization goal.

“Rather than reducing their production of fossil fuels, many countries are doubling down and actually increasing supply,” Moss writes, citing Australia and Norway as two prime examples. And many of the world’s biggest fossil companies “are trumpeting their emissions reductions and net-zero emissions targets while continuing to push for new fossil fuel mining projects. One of the world’s biggest miners— BHP—claims to be significantly reducing emissions. Yet in October, the company increased its stake in an oil field in the Gulf of Mexico.”

The underlying problem is an “outdated ‘territorial’ model of responsibility,” Moss says. “Governments and companies seem to think that responsibility stops at the border, not with the overall livability of the global climate. Under this model, once the coal, oil, and gas products are loaded onto ships, they are no longer the problem of the country that produced them.”

Accounting rules under the Paris deal allow those exports to continue, he adds. “Yet it is the whole chain of actions that are relevant to accepting responsibility for any exported product that must be considered, not just what happens at the user end.”

Moss says the solution begins with exporting countries acknowledging their part in the problem, then reducing their support for and supply of fossil fuels. After that, “COP negotiators too need to adjust their accounting to include emissions associated with supply as well as demand reduction in the next round of agreements.”

Then when the ultimate fossil phaseout begins, “it needs to occur in a way that doesn’t just pay the current big suppliers to stop. Governments implementing a transition ought to think very carefully about how to fairly deploy scarce resources to ensure a just transition.”