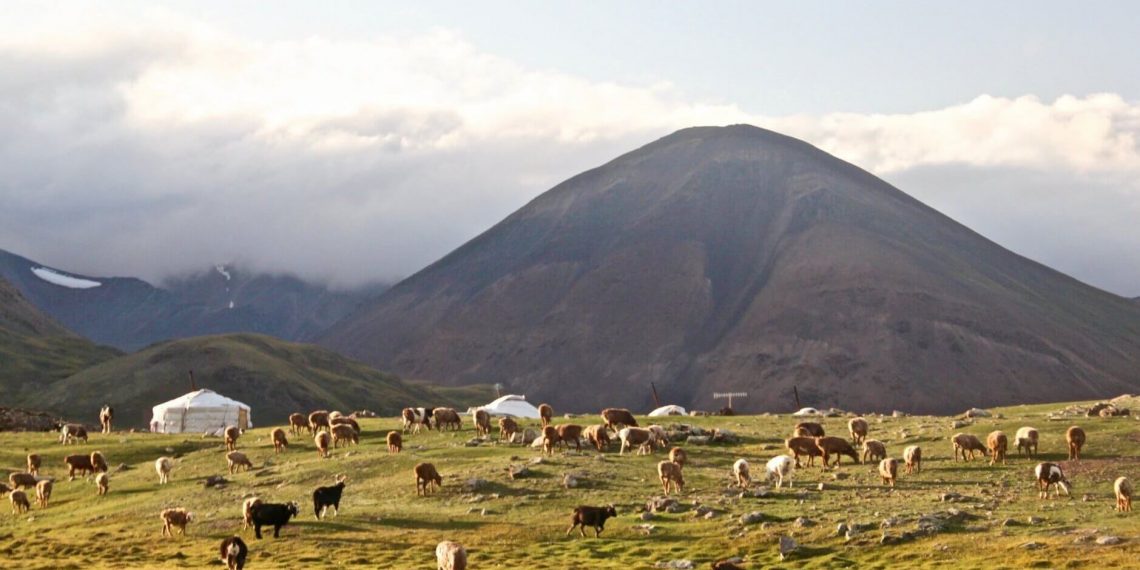 Mongolia’s grasslands could face a hotter future of unremitting drought. Image: By Bolatbek Gabiden on Unsplash

Once again, scientists warn that at least part of the world could be facing a climate tipping point. Two parts, in fact.

LONDON, 8 December 2020 − The grasslands of northern China and Mongolia could be about to lurch into a climate tipping point, an irreversible sequence of heat and drought.

This is a landscape that helped shape world history. The Hun forces that humbled the western Roman Empire 16 centuries ago, and the conquering hordes led by Genghis Khan that commanded most of the Asian continent and threatened Europe eight centuries later, both emerged from tribes of nomad herdsmen from its grasslands. Now it could itself be about to be reconfigured by human-driven climate change.

And that same anthropogenic climate tipping point poses the same threat to great tracts of south-east Australia: water could become more scarce, bush fires could become more frequent, and winds could begin to blow away the parched soils in droughts that could last decades, or even centuries.

Both studies are based on evidence from the past, and both on the story told by preserved annual growth rings. The warning from inner East Asia is based on the testimony of tree stumps and timbers from the last 260 years, say researchers in the journal Science.

The patterns of tree growth suggest that the recent consecutive summers marked by both heat and drought are new events, and could increase in frequency.

The high plains of central Asia can be very cold in winter, very hot in summer. But soil moisture normally evaporates to cool the air at the surface. In a sustained drought, the air becomes hotter. In recent years, the region’s lakes have been shrinking in extent − and in number.

He and his co-authors warn bluntly that the double impact of sustained heat and prolonged drought “is potentially irreversible beyond a tipping point in the East Asian climate system.”

The evidence from Australia is based on a much more distant past, and preserved in stalagmites deep in a cave in New South Wales. Researchers write in the journal Scientific Reports that during a warm interval in the last Ice Age, from 129,000 to 116,000 years ago, global temperatures rose to levels much as they are today, and perhaps slightly warmer.

And the record of lower falls of snow, higher temperatures and ever-scarcer water, preserved in the ancient annual growths of underground calcium carbonate, provided the scientists with a hint of what to expect in a world of global heating driven by ever-increasing use of fossil fuels, and ever-greater destruction of natural ecosystems.

“We found that, in the past, a similar amount of warming has been associated with mega-drought conditions all over south-eastern Australia. These drier conditions prevailed for centuries, sometimes for more than 1000 years,” said Hamish McGowan of the University of Queensland, who led the study.

“They’re alarming findings, in a long list of alarming findings that climate scientists have released over the last few decades. We hope that this new research allows for new insights to our future climate and the risks it may bring, such as drought and associated bushfires. But importantly, if humans continue to warm the planet, this is the future we may all be looking at.” − Climate News Network