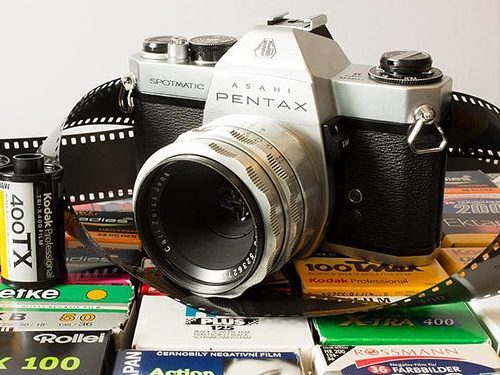 Look no farther than the demise of film cameras from 1995 to 2007—and the subsequent crash of the digital cameras that briefly replaced them—as evidence that the clean energy “crossover” will be the investment story of the year in 2021, Australian business writer Ryan Dinse advises in a post published late last month.

Writing for online market-watcher Money Morning, Dinse points to what he says is a “very famous chart in investing circles”, representing “the classic example of what happens when an industry is about to turn on its head.” It shows about 20 million film cameras and 800 million rolls of film selling in 1999, before digital took off and the legacy film market crashed. The crossover point came in 2003 for cameras and 2004 for film, and the now-obsolete technology hit close to zero by 2011.

Along the way, iconic camera-maker Kodak saw its share value peak around 1996 or 1997. The company filed for bankruptcy in January 2012.

But in 2007, Apple Inc. released the first edition of its iPhone, and the technology quickly eclipsed stand-alone cameras of any kind. “While digital cameras were the obvious play for investors who had spotted the immense changes coming to the camera market, the actual winner was something completely different,” Dinse writes. “The age of the smart phone was the real investment opportunity at the end of this, not the chunky SLR digital cameras that first disrupted the space.”

Dinse casts the virtually overnight transition in photography—others have made the same point about software and sensors—as an example of what’s ahead in the shift from fossil fuels to renewable energy. And he’s not the only one. He points to a Wood Mackenzie cost chart that shows the cost of solar and onshore wind in China undercutting coal-fired generation in 2026—and the latest price shifts are moving faster still.

“In 85% of the world, renewable energy is now the cheapest source of new bulk electricity, and that percentage is only rising,” the 2020 Production Gap Report noted last week.