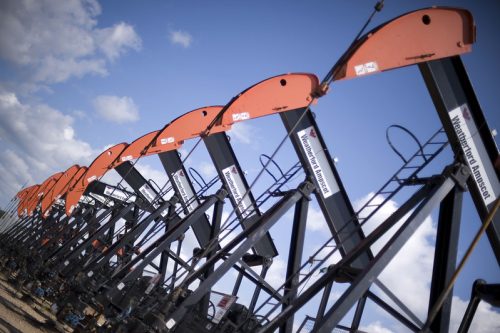 Brazilian state fossil Petrobras is writing off the drive to net-zero carbon as a “fad”, after undertaking to reduce its own emissions 25% by 2030.

“That’s like a fad, to make promises for 2050. It’s like a magical year,” CEO Roberto Castello Branco told Bloomberg last week. “On this side of the Atlantic we have a different view of climate change.”

In contrast to recent announcements by colossal fossils in Europe, Castello Branco’s position “more or less echoes those of U.S. oil giants ExxonMobil Corporation and Chevron Corporation, which have emission reduction plans but have been outspoken about their focus on crude,” the news agency says. Even so, Petrobras’ 25% promise “still underscores the growing importance of environment, social and governance, or ESG, to investors and the general public.”

Like Exxon and Chevron, Bloomberg says Petrobras is “steering clear of renewable energy businesses where it has little expertise and is unlikely to make much money”. Instead, the company is focusing on what Castello Branco calls “tangible” steps to cut emissions in its own operations, including a 70% reduction from a new soy-based diesel offering. (Chances are the soy comes from the endangered Brazilian Amazon rainforest, where the policies of Castello Branco’s ultimate boss, Brazilian President Jair Bolsonaro, have driven deforestation and degradation to a 12-year high.)

“Petrobras is also expanding at its most prolific oil fields that produce a lighter and less contaminating grade of crude than the legacy fields it’s selling off,” Bloomberg writes. “The idea is to produce only the most profitable barrels, not the growth at all cost model seen during previous oil booms.” That activity reflects a guiding assumption that oil demand isn’t on track to peak anytime soon—even though two-thirds of U.S. fossil executives are convinced it’s already done just that.

“I believe oil will be in demand for a long period of time,” Castello Branco said, pointing to China as a major source of demand for his company’s products. “It is still the backbone of modern society,” and “this subject of peak demand is similar to what we heard in the past about peak supply. We don’t know.”