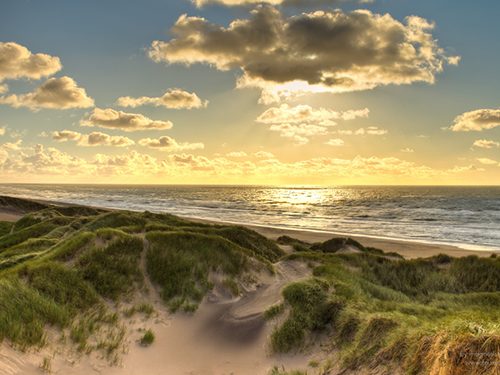 “We are now putting a final end to the fossil era,” Climate Minister Dan Jørgensen declared in a statement.

A rough estimate from Jørgensen’s ministry put the cost of the announcement at Kr. 13 billion/US$2.1 billion.

“The future of Denmark’s oil and gas operations in the North Sea has been a political issue after the Nordic country agreed last year on one of the world’s most ambitious climate targets of reducing emissions by 70% by 2030 and being climate neutral in 2050,” Reuters reports. Denmark produced an estimated 104,000 barrels of oil and equivalent this year, enough to make it the biggest oil and gas producer in the European Union, which includes neither Norway nor the United Kingdom.

Reuters says colossal fossil Total SA had already thrown the current round of licencing into a bout of uncertainty by withdrawing from the tendering process in October. “Conditions for the oil and gas companies currently operating in Danish waters will remain unchanged until production stops in 2050,” BNN Bloomberg writes.

Pointing to Denmark’s status as the EU’s biggest oil and gas producer, Jørgensen told media the decision will “resonate around the world”, and Oil Change International was quick to reinforce the point.

“Denmark’s announcement marks a bold milestone on the way to a phaseout of North Sea oil production,” said Energy Futures and Transitions Program Director Hannah McKinnon. “This is a clear signal that climate leadership means an end to fossil fuel expansion and the start of a just transition and managed decline of all production.”

“This is a move that should be celebrated, built on, and accelerated,” Oil Change said. “Wealthy, diversified economies like Denmark must act even faster to wind down oil and gas production, whilst supporting affected workers and communities and countries where the transition will be more challenging.”