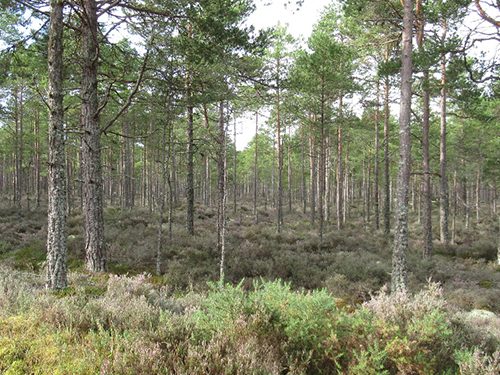 Upcoming radical changes in the United Kingdom’s agricultural policy—including the replacement of an ineffective, $2.7-billion annual landowner subsidy—are being largely welcomed by both farmers and environmental groups.

Among the “losers” in the shakeup are the country’s queen and racehorse owner Prince Khalid bin Abdullah al Saud, with their portion of the subsidy being phased out entirely by 2028, reports The Guardian.

The winners, however, will be the nation’s farmland and wildlands, both of which have suffered dramatically from the rapid industrialization of agriculture that has swept the country over the past 50 years. Occupying 70% of England’s land mass, farming is the country’s “biggest driver of biodiversity loss and produces significant greenhouse gas emissions and water pollution,” The Guardian writes.

“We cannot deny that the intensification of agriculture since the 1960s has taken its toll,” said UK Environment Secretary George Eustice. While many farmers are “keenly” aware of just how much wildlife habitat has been lost and are taking remedial action on their own, he said, system-wide changes are still urgently needed.

“Our plans for future farming must [also] tackle climate change—one of the most urgent challenges facing the world,” he added.

That the UK is now in a position to bring forth such a plan owes to the fact that it will soon be departing from the European Union. The EU’s common agricultural policy “is widely regarded as a disaster for nature, and even critics of Brexit see the changes as positive,” The Guardian states.

Instead of the existing no-strings-attached landowner and tenancy subsidies, farmers will now receive grants earmarked for wildland restoration, soil health regeneration, and other ecosystem-friendly initiatives like planting new woodlands and cutting pesticide use.

They will also receive grants to improve animal welfare and productivity.

Noting that “the new green payments will be trialled with 5,000 farmers before a full launch in 2024,” The Guardian adds that “the level of payments for work such as natural flood defences and restoring peatlands and saltmarshes has not yet been set. Nor has the likely cut in carbon emissions been quantified.”

Also destined to lose under the new agricultural policy will be livestock farmers, whose income is expected to fall by 60 to 80% by 2024.

“Farming is changing, and we need to look forward to working with ministers and officials to co-create the new schemes,” said Minette Batters, president of the National Farmers Union of England. However, “expecting farmers to run viable, high-cost farm businesses, continue to produce food, and increase their environmental delivery while phasing out existing support and without a complete replacement scheme for almost three years is high risk and a very big ask.”

Likewise worried about the lack of fine print is Craig Bennett, CEO of the Wildlife Trusts. “We are deeply worried that the pilot schemes simply cannot deliver the promise that nature will be in a better state,” he told The Guardian.