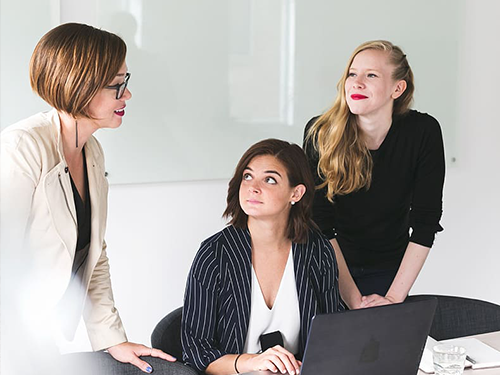 In an urgent call to simultaneously address the climate crisis and energy poverty, 1,000 young energy industry professionals have released a Generation 2050 Manifesto that champions ingenuity, passion, and collaboration over attachment to entrenched and beleaguered status quos.

“Generation 2050 seeks to remove any room for villainization, bridge the generation gap, and provide a space for future energy leaders to put forward fresh ideas to today’s political leaders, industry leaders, and the wider society,” writes Sinéad Obeng, chair of the Energy Institute’s Young Professionals Council, in a recent op-ed for the Energy & Climate Intelligence Unit.

Obeng’s own engagement with the climate crisis is always rooted in fact. “As a ‘millennial’ I have grown up witnessing the increased certainty in observations, theory, and modelling on climate change,” she writes. And the generation that follows hers is even more with the program, she adds, noting that this younger demographic has not only “spent formative years against a backdrop of even greater certainty around the scientific impacts,” but has “witnessed real world discussions on the technological and policy changes required to reduce current emission trends.”

Obeng adds that while she and her fellow future energy leaders “will inherit an exciting industry that has a rich history of achievement,” they will also enter a field “that will be judged on how it has responded to the climate emergency.”

Sketching her own path so far along this vexed continuum, Obeng says she works “predominantly in the gas industry, where a plethora of initiatives to decarbonize energy are under way, from the electrification of upstream assets, hydrogen deployment in the gas transmission networks, to investments in offset programs.”

Among her Generation 2050 peers, 60% “identify climate change as the main motivator for choosing their career in energy and 90% recognize it has given them greater agency in tackling this global challenge.” The majority of the manifesto’s contributors also “worry for their inheritance,” Obeng notes.

“Three quarters fear the world is currently unlikely to keep global average temperatures within 2°C this century.” Adrenalized by those worries, she adds, they want to see policy-makers introduce “legislative and regulatory reforms to drive the transition further and faster,” and have business leaders “align their business plans and commitments with the ambition demanded by global climate targets.”

Obeng says the slow pace of progress toward the UN’s goal of universal access to energy by 2030 has also been disappointing to her generation. “Human ingenuity in our field has achieved so much, and yet around 800 million people still don’t enjoy access to electricity, and three billion still cook with dangerously toxic cooking fuels,” she observes.

As “today’s political, industrial, and societal leaders go about rebuilding after the pandemic in the Race to Zero at COP 26,” the years to come are going to be critical, Obeng concludes. As that effort unfolds, “we want our voices to be heard and our recommendations to be carefully considered.”