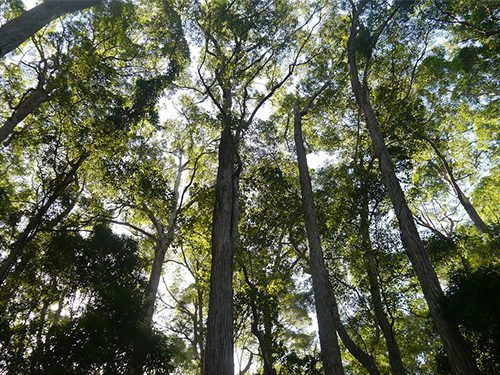 The critical role of Indigenous-led conservation efforts in protecting biodiversity has been gaining recognition. But now that understanding is backed up by research from the United Nations, say two Indigenous leaders from Northern Canada.

“From Indigenous Guardians to Indigenous Protected and Conserved Areas, the UN confirmed that Indigenous Nations are at the forefront of caring for lands and waters,” write Valérie Courtois, director of the Indigenous Leadership Initiative and a member of the Innu community of Mashteuiatsh, and Ernie Bussidor, executive director of the Seal River Watershed Alliance and former chief of the Sayisi Dene First Nation in Manitoba, in an op-ed for the Hill Times.

Ottawa, too, has formally recognized the profound role that Indigenous nations have played—and will continue to play—in preserving biodiversity in Canada. At a UN biodiversity summit in October, Prime Minister Justin Trudeau said Canada’s commitment to protect 30% of its lands by 2030 will depend very much on partnering with Indigenous peoples.

“Indigenous-led conservation offers positive, transformative change—not only for the land, but also communities and regional economies,” write Courtois and Bussidor, drawing a clear connection between the “complex, interwoven challenges” facing the country (from the climate crisis to the pandemic to systemic racism), and healthy ecosystems and thriving biodiversity. As a community governed by a duty of care and by the values of “responsibility and respect,” Indigenous peoples “understand the land [as] the source of healing, reconciliation, and sustainable prosperity,” they add.

That understanding is also guided by science, which directs the protection of large swaths of land and sea to protect species like salmon, moose, whales, and caribou. Proof that Canada’s Indigenous nations have already taken this principle very much to heart, write Courtois and Bussidor, is an ongoing effort by five communities, representing the Cree, Dene, and Inuit, to protect 50,000 square kilometres of territory in the Seal River Watershed in northern Manitoba.

An added benefit, they note: the deep soils of the watershed “store 667 million tonnes of carbon—the equivalent of three-and-a-half years’ worth of Canada’s annual industrial greenhouse gas emissions” as measured in 2017.

Along with that effort, some two dozen other Indigenous nations “are advancing similar proposals with support from Canada’s Nature Fund,” they write. Already well-established is the Indigenous Guardians Program, which “creates well-paying jobs rooted in culture and stewardship”—jobs that often involve managing the Indigenous Protected and Conserved Areas. That program “injects millions of dollars into businesses in Yellowknife, Thompson, Goose Bay, and more.”

In leading such initiatives, Indigenous nations are determining their own futures while creating benefits for Canadian society, Courtois and Bussidor write. “Respecting this work is fundamental to reconciliation,” they add, “because honouring the cultural responsibility to care for the land helps Indigenous peoples heal and thrive.”