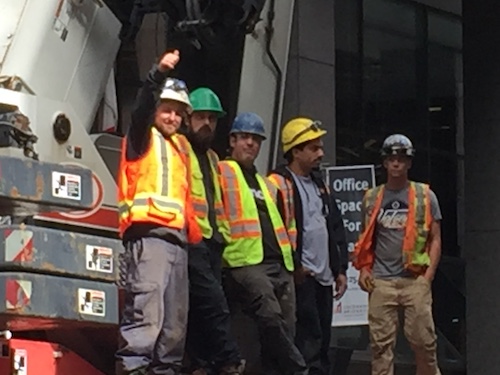 Coal country in Utah is at risk of being left behind as the United States accelerates its shift off fossil fuels, making it that much more important for just transition advocates to make a place for fossil communities rather than allowing them to feel “villainized”, writes Chris Barnard, policy director with the Appleton, Wisconsin-based American Conservation Coalition, in a post for The Independent.

Barnard may have chosen an unfortunate example to make his case. He cites an Emery County, Utah community nestled between a coal mine and a coal-fired power plant intent on developing carbon capture and molten salt storage technologies that are a long way from competing with increasingly affordable solar, wind, storage, and energy efficiency options.

But his argument about the frequent disconnect between fossil communities and much of the climate and just transition movement points to the need for further and better dialogue—and, he says, may help explain why the Biden-Harris ticket didn’t do better in key counties that depend on fossil fuel jobs.

“Many environmentalists are quick to villainize the fossil fuel community as an impediment to climate action, and paint fossil fuel executives as ‘criminals against humanity’,” he writes. [Well, yes, if it walks like a duck…but that doesn’t mean confusing fossil industry leadership with the communities where they operate.—Ed.] “They tend to shrug off the concerns and economic hardship of these communities as necessary byproducts in the fight against climate change, while ignoring the generations of hard work and culture that form the identity of such communities. In fact, we were the first climate activists to visit the community in Emery County,” as part of a 50-day tour earlier this year.

“They’ve been ignored by everyone else.”

Barnard says Emery County’s main motivation to explore low-carbon options—in this case, in a bid to secure a long-term future for its existing fossil resource—stems “primarily from the local and economic significance of coal to their community. Of course, they are concerned about clean air and the environment, but more than anything they are worried about securing the long-term sustainability of their local economy and culture.”

He cites one county commissioner who traced “generations of community identity and hard work” that are now at risk as young people begin “leaving Emery County in droves, in search of greater economic opportunity. Since 2012, the number of jobs in coal nationwide has nearly halved, producing widespread economic hardship in these communities. All the coal workers and commissioners we spoke to expressed their worry at these demographic trends; after all, their kids are leaving and not returning. After successive generations of family employment, communities are being upended and broken apart.”

And in a dynamic that Barnard casts as adding insult to injury, “they’re still being referred to by climate activists as careless polluters,” when community members feel they’re the ones who made it possible for the rest of the country to flip a switch and get the energy they need during the fossil fuel era.

“What scares many of these communities is the demonization from and lack of dialogue with mainstream environmentalists,” he writes. “They deeply fear being left behind by the energy transition, and that has become one of the motivating factors for places like Emery County to innovate with carbon capture and energy storage.”

Barnard takes a granular look at voting patterns in key coal and fracking states—including Michigan and Pennsylvania, where Biden and Harris won with a narrower margin than pollsters predicted, and Texas and Ohio, where Trump prevailed—to underscore the mindset in communities that “fear being left behind in the 21st century’s great energy realignment.” If not for a voting surge from young, suburban, college-educated voters, he says, the country’s “fossil fuel heartland” would have re-elected Trump.

“This warrants our attention,” he concludes. “Environmentalists cannot afford to villainize these constituencies and keep them on the sidelines, as this election has clearly shown. Rather, we need them to occupy a central seat at the table, as we seek not only an energy transition, but also a just transition.”