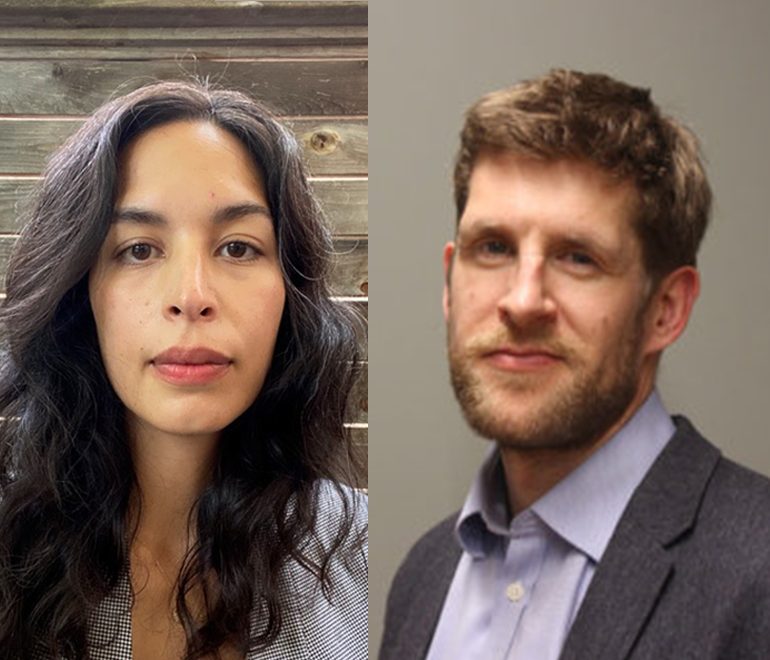 Julia Croome and Alan Andrews are staff lawyers at Ecojustice, where they’ve been leading much of the climate community’s research and analysis leading up to the release of Bill C-12, the Canadian Net-Zero Emissions Accountability Act, last week. In this feature interview, they explain the essential difference between an accountability bill and a climate plan, the gaps in the current legislation, and why every party in Parliament should want C-12 strengthened.

The Energy Mix: There was a lot of confusion and disappointment when the climate accountability bill was released last week. Can you recap how a piece of legislation like Bill C-12 differs from a climate action plan, and how they interact and support each other?

Croome: A climate accountability law like this one is really meant to be a high-level framework that requires the government to move forward in a concrete, consistent, and transparent way towards a legislated net-zero GHG emissions by 2050 target. 2050 is a very long-term goal. Climate accountability legislation ensures government will be tabling plans to meet targets en route to 2050 on a regular schedule, that it will be held to account for the rigour of those plans, to be transparent about whether or not the plans are progressing, and to open itself up to independent, expert assessment.

Some may have expected this bill to contain more detail of the climate plan itself, but we always saw this legislation as, and pushed for it to deliver, the high-level, long-term framework for climate action in Canada.

Andrews: We’re obviously eagerly awaiting the plan that sets out how Canada is going to achieve its targets. We don’t yet know what the target will be for 2030, but we do know it will have to be informed by the best available science, and all the science shows that global emissions need to halve by 2030. So Canada’s plan for 2030 has to be really ambitious, and we want this legislation to ensure that that’s the case.

The Mix: What made climate accountability important enough for the federal government to introduce the bill ahead of that 2030 emissions target?

Croome: They needed the institutional framework in place first. You set the table before you put the meal down, and this bill is about how to actually ensure that the climate plan will be delivered.

It will take time, obviously, for this legislation to make its way through Parliament. So the earlier it came out, the better. I’m glad it’s now and not early 2021. It still has to move through the House and the Senate, and the timelines in the bill get triggered by its passage. That’s actually one of our big concerns, because once you allow time for the passage of the bill, then add the lead time the bill itself provides for those accountability measures to come in, we’re looking at quite a long delay. That may well have an impact on its ability to actually get us to ambitious 2030 reductions and onward from there.

Andrews: I would imagine that the international dimension is at play here, as well. We’ve seen governments around the world commit to net-zero targets, most recently Japan, China, and South Korea. So it’s really important for Canada to have that net-zero commitment in legislation going into COP 26 in Glasgow next year.

The Mix: While climate action groups including Ecojustice generally hailed the bill as an important milestone, they also pointed to major gaps that have to be filled in. None of those criticisms could have been news to the government. Why didn’t they get the details right the first time?

Croome: There’s often compromise that goes into the drafting of one of these bills. In the international examples, we see that many of the governments didn’t get it right the first time around. The UK bill was significantly strengthened through parliamentary review. So we would be looking for similar increases in ambition, scope, and strength, and believe it’s very much possible.

There’s a lot at work in the bill, with a lot of interplay between the different accountability elements, so that may be another reason why it isn’t as strong as it could be. There are some grey areas about how those pieces interconnect, but we are working on formalizing some preliminary thoughts on how to make it more clear and robust, and we don’t think they should be controversial.

We’ve been arguing for climate accountability legislation with five key pillars. The first is legislated targets—net-zero by 2050, most certainly, but also a much stronger 2030 target. Second, interim targets framed as five-year carbon budgets, following the example from other countries. Carbon budgets make explicit the GHGs we can spend and still meet our targets. We called for better impact reporting to define the adaptation challenges coming our way, regardless of how aggressively we reduce emissions in the years to come. Our fourth priority was very public and transparent planning and reporting, setting out how to achieve the targets, address the impacts, and to hold governments to account for action by tabling progress reports in Parliament. The last part is arm’s length, expert, scientific advice that is independent of government, which has to have a significant role in all of the other pieces.

The bill has elements of four of those priorities—it’s a real shortcoming that it has nothing to say about adaptation and we’ll continue to push for that, either in this bill or another one. The other four elements are there, but in different form, and they aren’t as robust as they need to be. Through our collaboration with other organizations, and more specific examples in other statutes which informed our work, we have examples of how they can make each of those elements stronger, and the legislation as a whole sufficiently strong to push us toward meeting our climate targets.

So these things do take process, but I think it’s something that is achievable in this Parliament.

The Mix: What are the pathways for amending the bill, and how likely is it that it’ll happen?

Croome: First and foremost will be the committee process. Really, this should be a non-partisan issue. Most of the parties have been calling very strongly for more ambition, for stronger frameworks in moving toward our climate targets, that we actually hit our climate targets. Between that consensus and the strong template [in the published version of the bill], there’s a real opportunity for it to happen.

At this early stage, we can’t really separate out what the various parties would support. We have high-level commitments they’ve made through their platforms, and through the various private members’ bills they’ve tabled. This gives us hope that the parties will work together to make this bill what it needs to be.

The Mix: When the new Impact Assessment Act and the B.C. offshore tanker ban went to Senate in the last Parliament, the fossil caucus went over the top in its efforts to defeat both bills, and they almost succeeded—even though Bill C-69, in particular, had been worked out meticulously as a compromise plan. What will it take to defend C-12 and get it passed?

Croome: The next few months are going to be key for focusing the parties on the potential of this bill. The legislation is good sense. It is agnostic about specific policies. It is about the fundamental good governance that should be guiding us as we move forward. So once we make the improvements that it needs, this bill should be passed with full cross-party support.

We talked about the five pillars of climate accountability. That’s one way of analyzing this legislation. If you take a step back, some different useful themes started to emerge about what this bill doesn’t yet deliver adequately. As you know, the period through 2030 is crucial. We need to ensure, more than in perhaps any other time period, that this legislation really looks at the next 10 years. So we’ll be bringing forward improvements to create more accountability over that time span, and there are a number of different mechanisms to do that—like the 2025 target, more and earlier progress reports, and longer lead times on some of the key milestones like the tabling of the plan.

Andrews: It’s interesting that, so far, industry has been fairly muted on this bill. I hope that’s because they see it as something positive. Climate accountability aims to establish long-term certainty over Canada’s emissions trajectory, and that’s something industry should welcome. In other jurisdictions—I’m particularly familiar with the UK—we’ve seen that industry has welcomed climate accountability legislation because it provides the certainty that allows them to make investment decisions based on reasonable assumptions about long-term government direction on climate policy. You saw that recently when the UK’s Conservative government announced a 10-point climate plan that was largely lauded by industry. We would hope to see a similar attitude in Canada, but that might be me being far too optimistic.

That’s why we see it as one of the key failings of this bill that it doesn’t provide enough time between setting the target and the production of plans. One amendment that would be very much pro-business will be to ensure longer lead times to allow for rigorous planning.

The Mix: What does it take to protect the integrity of climate accountability laws and committees once they’re in place, particularly as governments change?

Croome: It’s an important question, and I would say that Bill C-12 doesn’t have the requirements in the body of the legislation to at least take a stab at creating that independence. As it is right now, the advisory body could be made up of independent scientific experts. But it doesn’t have to be, and that’s very concerning. Arguably, the Committee on Climate Change in the UK is the key institution in that country’s legislation, it’s central to its continuing success, and so it’s certainly going to be an area that we look at.

As an Oil Un-Building Looms, Newfoundlanders Ask: What Next, and Who Pays?