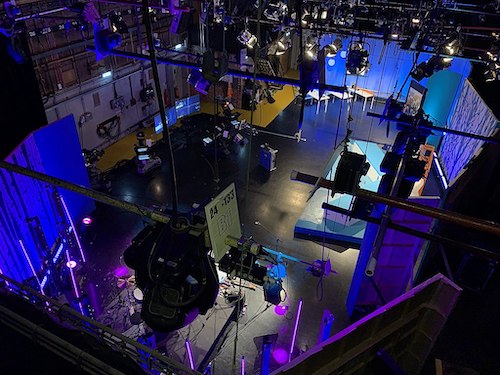 Fossil fuel trade associations spent nearly US$1.4 trillion on public relations strategies between 2008 and 2017. But a major new campaign to make it more difficult for PR and advertising industries to act as proxies for Big Oil is already claiming an initial victory.

Launched last week, the Clean Creative Campaign is “set to target PR and advertising agencies that deliver major campaigns on behalf of fossil fuel clients, with a plan to reveal the depth and scale of ‘internationally concealed’ relationships” between agencies and their fossil fuel clients,” reports Business Green.

“PR and ad agencies pollute the airwaves so that fossil fuel companies can pollute the atmosphere,” said Clean Creative campaign manager Duncan Meisel. While Meisel did not identify any agency by name, Business Green adds, he said the lion’s share of the blame sits with a few specific, high-flyer firms.

The campaign also plans to reach out to staff at major PR firms—and to some of the directors and artists who product their campaigns—via ads and social media, to drive up signatures on a new pledge committing firms to stop working with fossil fuel companies. It’s also looking for whistleblowers to help “expose the dirty work” of PR in the service of Big Oil, via a tip-line posted on its website for anyone who might “wish to anonymously share documents or information about their work” with a fossil-supporting agency.

Lauding the hard-hitting initiative to call out fossil-supporting PR agencies is climate journalism veteran and 350.org co-founder Bill McKibben. In a 2019 piece for The New Yorker, McKibben wrote that if “money is the oxygen on which the fires of global warming are burning, then PR campaigns and snappy catchphrases are kindling for the fire that is roasting us all.”

McKibben’s helping hand has already led the new campaign to secure a victory, with communications consultancy Porter Novelli announcing it will no longer offer its services to the American Public Gas Association as of 2021.

In a separate guest post for Business Green, Keith Weed, president of the UK’s Advertising Association, celebrates his organization’s recent launch of a similar initiative, called Ad Net Zero. The industry-wide initiative is calling for “immediate, collective industry action to help achieve real net-zero carbon emissions from the development, production, and media placement of advertising by the end of 2030.”

Weed says UK ad agency emissions currently exceed 84,000 tonnes a year, with 58% of that total coming from business travel—figures he calls “stark and uncomfortable.” In addition to promoting reduced travel and fossil fuel use within each agency’s own operations, Ad Net Zero will urge agencies and their clients “to harness the power of their advertising to promote more sustainable consumer choices and behaviours.”