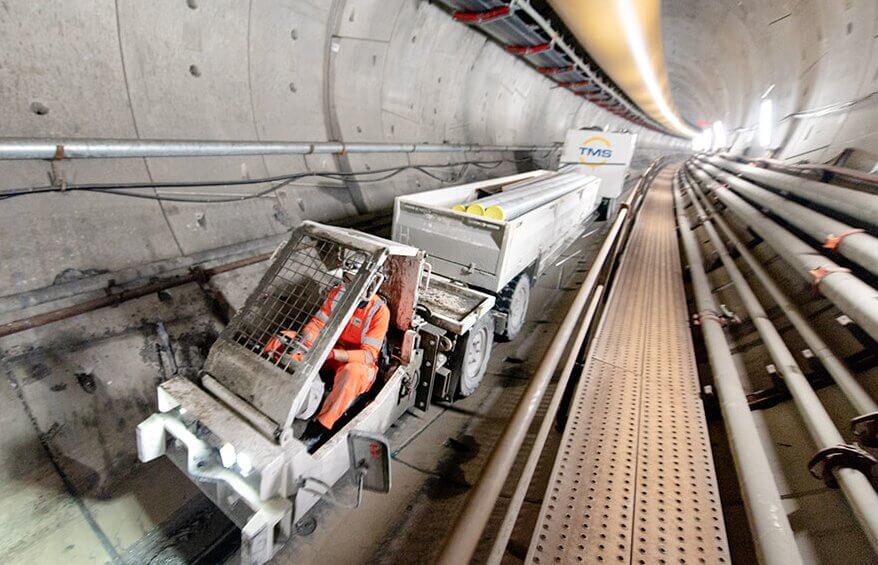 LONDON, 25 November, 2020 – News that two more reactors in the United Kingdom are to shut down on safety grounds earlier than planned has capped a depressing month for nuclear power in Europe.

The news came after weeks of unfounded speculation, based on “leaks”, that the British government was about to take a stake in a giant new French-designed nuclear power station planned at Sizewell in Suffolk on the east coast of England as part of a “Green New Deal.” Taxpayers’ backing would have enabled the heavily-indebted French company EDF to finance the project.

In the event Boris Johnson, the prime minister, in his 10-point “green” plan  for the UK, boosted a far more speculative alternative scheme from a Rolls-Royce consortium which was helping to pay for research and development into a full-blown proposal to construct 16 small modular reactors (SMRs).

He failed to mention the Sizewell scheme at all, and instead of singing the praises of nuclear power extolled the virtues of offshore wind power, in which the UK is currently the world leader.

Johnson hopes that offshore wind will produce enough electricity to power every home in Britain, leaving little room for a nuclear industry. He has referred to the UK as “becoming the Saudi Arabia of wind power.”

Meanwhile across the English Channel in Belgium the Electrabel company – the Belgian subsidiary of French utility Engie – has cancelled any further planned investment in its seven-strong nuclear reactor fleet because of the government’s intention to phase out nuclear power by 2025.

“The cause of this damage [at Hunterston] is not fully understood, and it is entirely possible that this form of age-related damage may be much more extensive”

Plans will only be re-instated if a Belgian government review fails to find enough alternative electricity supply to replace the reactors’ output. The seven Belgian reactors currently produce half the country’s electricity supply.

These reversals come seven years after British governments promised a nuclear renaissance by encouraging French, Japanese, American and finally Chinese companies to build ten nuclear power stations in the UK. Only one station has been begun, a £22 billion (US$29 bn) joint venture between EDF and Chinese backers.

The French, with a 70% stake and the Chinese with 30%, began work on the twin reactors, to be known as Hinkley Point C, in Somerset in the West of England more than two years ago. The station was due to be completed in 2025, but is behind schedule and has cost overruns.

The two partners wanted to replicate these reactors at the planned Suffolk plant, Sizewell C, but EDF has not found the necessary capital to finance it, hoping that the London government would either take a stake or impose a nuclear tax on British consumers to help pay for it.

The idea was for Hinkley Point C and Sizewell C to replace the 14 smaller reactors that EDF owns in Britain, thus keeping the nuclear industry’s 20% share of the UK’s electricity production. Johnson appears to have dashed these hopes. At best Hinkley Point C will produce 7% of the nation’s needs.

Meanwhile there is a question mark over the future of EDF’s remaining reactor fleet in Britain. Two of the 14, also at the Sizewell site, are French-designed pressurised water reactors opened in 1991, and have plenty of life left in them, but the other 12 are all older British-designed advanced gas-cooled reactors (AGRs) that use graphite blocks to control nuclear reactions.

A serious safety flaw has emerged in this design, involving hundreds of cracks in the graphite, causing doubts over whether the reactors could be turned off quickly in an emergency.

After a long stand-off with the UK’s nuclear safety watchdog, the Office for Nuclear Regulation, EDF decided earlier this year to prematurely close two of the worst affected reactors – both in a station known as Hunterston B in Scotland. Now, for the same reason, two further reactors at Hinkley Point B in Somerset will also close. All four reactors will be defuelled in 2022.

Currently six of these 12 AGR reactors are turned off – out of service for maintenance or safety checks. Two of them, at Dungeness B on the south-east coast of England, have been undergoing repairs since 2018 – this time because of corrosion of vital pipework – although cracks in the graphite blocks are also a safety issue here too.

While EDF remains upbeat about its prospects in developing nuclear power and is keeping its remaining ageing AGR reactors going until they can be replaced, it is hard to see where the company will get the money to build a new generation of reactors or attract government subsidies to do so.

The UK’s decision to back the British company Rolls-Royce to develop SMRs means it is unlikely the government has the money or the political inclination to back the French as well.

Rolls-Royce has been badly hit by the Covid-19 pandemic because a large part of its business relies on the struggling aviation business, while it needs support because it makes mini-reactors to power British nuclear submarines. The proposed SMR research programme will allow nuclear-trained personnel to switch between military and civilian programmes.

Long out of office

The Rolls-Royce SMRs are a long shot from the commercial point of view, since they are unproven and likely to be wildly expensive compared with renewable energy. However, they have the political advantage of being British, and their development lies so far into the future that the current government will be out of office before anyone knows whether they actually work or are economic.

As far as the current crop of reactors is concerned, it is clear that at least those with graphite cores are nearing the end of their lives. Nuclear power has some way to go before it can expect a renaissance in the UK.

Paul Dorfman is a research fellow at University College London. He told the Climate News Network: “It is apparent that the graphite cores of Hunterston B, Hinkley B, and possibly all UK AGR reactors have developed and continue to develop significant structural damage to graphite bricks, including keyway cracks in the fuelled section of the reactor.

“It is also clear that the cause of this damage is not fully understood, and it is entirely possible that this form of age-related damage may be much more extensive.

“Given that weight loss in graphite blocks and subsequent graphite cracking occurs in all UK AGRs, what’s happening with Hunterston B has significant implications for the entire UK AGR fleet.

Dr Dorfman concluded: “Given the parlous finances of EDF, who are already struggling with their own reactor up-grade bills in France, it is entirely likely that UK nuclear generation will be reduced to  just Sizewell B, with electricity generation relying almost entirely on renewables by the time Hinkley C comes online, very late and over-cost as usual.” – Climate News Network

Roof of the world is home to microplastic fibres