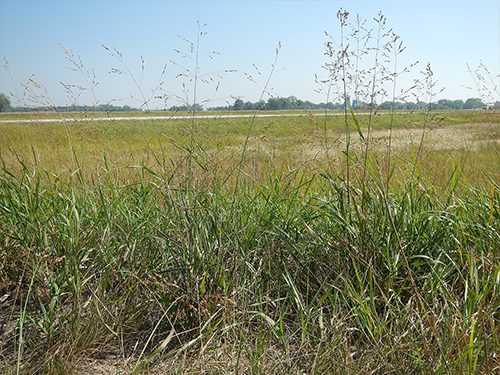 The right approach to bioenergy production using the right kind of feedstock can play a role in reducing the greenhouse gas (GHG) emissions that cause climate change, a cross-border research team concludes in a new paper published in the Proceedings of the National Academy of Sciences.

“The study showed that the GHG mitigation potential of switchgrass cultivation for cellulosic ethanol production in the U.S. was comparable on a per-hectare basis to that of reforestation, and several times greater than that of grassland restoration,” Phys.org reports. Switchgrass “is a widely grown North American native grass proposed as biomass for the bio-based economy.”

More advanced technologies, including carbon capture and storage, could increase that climate mitigation potential six-fold, according to the research team led by John Sheehan of the University of Minnesota and Lee Lynd of Dartmouth College.

“The study highlights in detail the factors and strategies that are important to the implementation of biofuel production in a way that helps stabilize the climate,” Lynd told the online magazine.

The project team “used ecosystem simulation combined with models of cellulosic biofuel production and CCS, estimating the potential of biofuel from energy grass to replace fossil fuels and sequester carbon directly compared with other land-based mitigation schemes,” Phys.org explains. “The analysis showed that where farmers transitioned from switchgrass to cellulosic ethanol, the per-hectare mitigation potential was comparable to that of reforestation and several times greater than that of grassland restoration.”

The bioeconomy has long faced concerns “that biofuels are not sustainable because the conversion of non-agricultural land to grow energy crops could lead to a significant initial decrease in carbon storage, creating what is known as a ‘biofuel carbon debt’,” the news story notes. “The use of existing productive agricultural land with low carbon stocks can also be counterproductive if food production is displaced and GHG emissions increase elsewhere.”

Those concerns “were initially directed at first-generation biofuels—obtained from sugar, starch, or vegetable oil in food crops grown on farmland,” Phys.org writes. “But questions focusing on carbon debt, indirect land use change, and opportunity cost have since been raised regarding the production of cellulosic biomass for use in advanced biofuel production or electricity generation.”

On that basis, recent research has called for a shift away from bioenergy production, in favour of other forms of land use and biological carbon management. The latest study sets out to shift that view a few degrees.

“Each of the critiques we discuss in the study has some legitimacy in terms of pointing to factors that can cancel out the beneficial impact of biofuels on the climate,” Lynd acknowledged. “But they shouldn’t be taken as proof that biofuels can’t or don’t have any beneficial impact at all.”

The researchers plan to extend their modelling approach to the rest of the U.S., and may also try to apply it to sugarcane as a biofuel feedstock in Brazil.