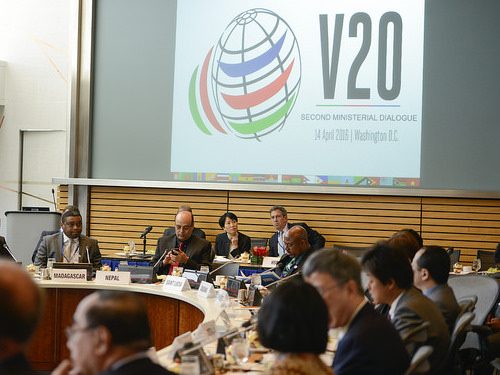 While more than 150 countries have confirmed their Paris Agreement commitments to introduce more ambitious climate plans by the end of this year, the Climate Vulnerable Forum is warning those promises may not be enough to avert the worst effects of the climate crisis in the countries it affects first and worst.

The 2015 Paris deal gives signatories until midnight December 31 to introduce stronger carbon reduction and climate adaptation plans for the next decade, and CVF’s Midnight Climate Survival tracker, released last week, has 151 of them—but not Canada—promising to make the deadline. “Of those, 120 nations affirmed they would submit updated climate action plans since the start of the COVID-19 crisis, suggesting they are aiming for a green recovery,” the Thomson Reuters Foundation reports.

But with just over a month to the deadline, only 17 of the 151 countries have submitted their revised targets, only 13 have improved them—and the CVF is nervous.

“The lion’s share of nations have committed to deliver on Paris Agreement obligations this year, with stronger 2030 climate targets,” said Bangladesh Environment Minister Shahab Uddin, whose country currently holds the CVF chair. “But we are still not sure of their delivery, strength, and effort. Weak ambition has turned up the planet’s pressure cooker to the limit and threatens our very right to survival.”

The list of laggards includes Canada, Brazil, the United States, and the United Kingdom. But not China, after President Xi Jinping “said his country—the world’s largest emitter—would step up its efforts to peak carbon dioxide emissions by 2030 and fulfill its pledge to achieve carbon neutrality before 2060,” Thomson Reuters writes.

“If countries make good on their pledges to submit NDCs [their Nationally Determined Contributions under the Paris Agreement] before the end of 2020, it would inject significant impetus to international efforts to combat climate change by moving decisively towards a resilient and net-zero economy,” said Andrea Meza, minister of environment and energy for Costa Rica. The CVF tracker has details on how that’s going so far.