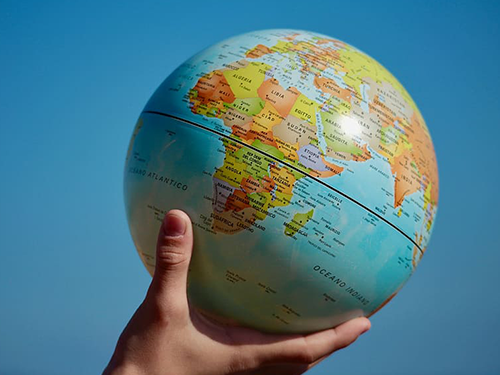 A recent survey by the Alberta Council for Environmental Education concludes that 61% of the province’s youth are worried about climate change, and 69% get anxious when they contemplate what they see as the competing needs of the economy and the environment. What’s needed to allay both worries is better education on climate change.

“The majority of youth in Alberta are concerned about climate, but feel they lack the knowledge and power to do something about it,” Executive Director Gareth Thomson told the Canadian Press. While just over 20% of the youth surveyed said they thought climate change “was too controversial to be discussed in the classroom,” many more expressed hunger for change.

“Our education system is very outdated and needs to be revised,” said 17-year-old Chloe MacGregor. She told CP schools “need to get better at teaching about climate change and Alberta’s energy industry.”

The Council’s report, which contains insights garnered from student workshops conducted last fall and from a spring survey of 500 Alberta youth aged 15 to 24, found the province’s youth demographic is lagging behind its Canadian peers in its climate literacy.

Teachers told the Council their failure to live up to their students’ desire (and need) for more climate education comes down to a dearth of up-to-date resources, coupled with a curriculum that makes little room for discussions of climate change and energy concerns.

That failure is having profound consequences. “The report suggests a lack of adequate education can lead students to construct false and even apocalyptic narratives about climate change,” writes CP.

Calgary high school teacher Adam Robb said he’s seen that effect first hand. “They go down YouTube wormholes,” he said—a journey that typically provokes anxiety and fear, rather than productive and positive thoughts on how to engage with climate change.

To help combat such false and destructive narratives, the Council’s report provides Alberta educators with 10 core principles to develop energy and climate resources for high school students. The list includes “acknowledging and accommodating anxiety about climate change, focusing on building climate literacy, and teaching students about all kinds of energy.”

Among his students, Robb said he found that young people who are not well-versed in climate reality can come to believe that the scientific facts of climate change are, instead, political agendas with right- or left-wing shading. Determined to battle such misunderstanding, he and his students “start off with learning the science and say this has nothing to do with politics.”

Apparently absent from any such introductory class is provincial Education Minister Adriana LaGrange, who “last month endorsed a panel report that recommends school children learn all views about climate change, along with the value of the province’s oil and gas sector.” [Because, again, it’s all about perspective, right?–Ed.]