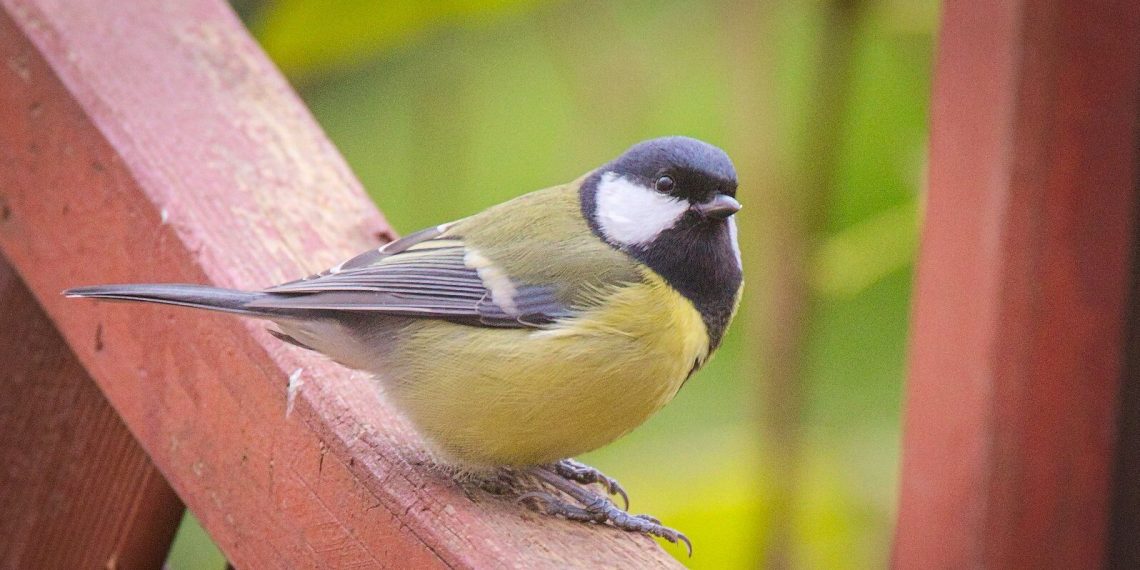 On the look-out: A Polish great tit. Image: By hedera.baltica from Wrocław

Among the best loved and most frequent visitors to gardens in the UK and elsewhere, great tits face mounting problems.

LONDON, 19 November, 2020 – In the scientific community great tits are known as one of the most adaptable of bird species, showing considerable ability in adjusting to changing weather patterns and differing times of food supplies.

But latest research indicates that even these ever-enterprising and resilient birds are coming under growing pressure from global heating.

“Wildlife has shown a great ability to adapt to climate change”, Emily Simmonds, lead author of a study of great tits and their food supplies, told Climate News Network.

“So far the great tit has shown a remarkable degree of adaptation to changes in climate. The problem occurs when change happens too fast – then, at some point in the future, the species could become extinct.”

Research by Simmonds and her colleagues involved both complex mathematical modelling and extensive fieldwork. Its main focus was to establish how quickly great tits could adapt to changes in the supply of caterpillars or larvae, vital food for the birds’ hatchlings.

Differing climate scenarios were used. In warmer conditions spring can occur earlier, with trees coming into leaf sooner than usual. This, in turn, causes larvae that feed on plants and leaves to hatch out earlier.

The problem is that if at some stage great tits fail to keep pace with these changes, then there will be no food for the hatchlings.

“If greenhouse gas emissions are too high and there’s more warming, then great tits might not be able to adjust their breeding habits quickly enough in order to adapt to the earlier supply of larvae”, says Simmonds.

Too fast for survival

“So far it seems that the birds are coping, but if warming continues at its present pace then it could be too much for them.”

Simmonds, now at the Norwegian University of Science and Technology,  carried out her research at Oxford in the UK.

At Wytham Woods outside Oxford scientists have been recording the nesting and breeding habits of the great tit – Parus major – and the blue tit – Cyanistes caeruleus – since 1947. Up to 40 generations of birds have been marked in what is one of the longest-running ecological studies of wild animals in the world.

The recent study looked at great tits’ reproduction success rates, hatching dates and inheritance factors – the ability of one generation to pass on to the next changes in breeding and feeding patterns.

Winter temperatures, rainfall patterns and the availability of food supplies under different climate projections were considered.

“The good news is that populations of great tits can survive and adapt to scenarios with lower or medium warming trends”, says Simmonds.

But the study found that if warming trends continue at present levels, with larvae appearing, by the end of the century, about 24 days earlier than at present, great tit populations could become extinct.