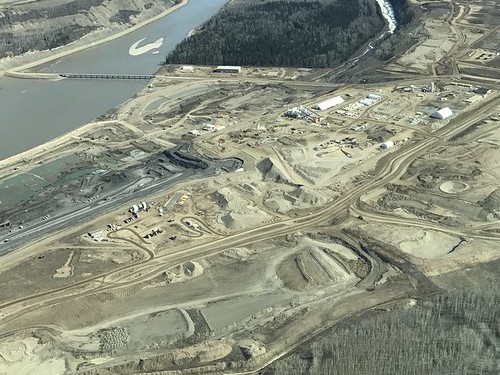 With its price nearly doubling, construction deadlines slipping, and serious geological challenges on the ground, BC Hydro’s plan to complete the Site C megadam on the Peace River may be slipping away, Dogwood B.C. warns in a recent blog post.

“The Site C dam was supposed to be a gift from B.C. taxpayers to international fracking companies,” writes Communications Director Kai Nagata. “We would supply them with cheap electricity, they would blast methane gas out of underground shale rock in the province’s northeast. We would get jobs and revenue, they would export ships full of fracked gas to burn in power plants overseas.”

But now, “the whole plan is falling apart,” as the project price balloons from C$6.6 to at least $12 billion. “Things have deteriorated so badly that BC Hydro won’t put a price tag on Site C,” Nagata says. “Or say if it can even be completed.”

Already, the massive dam “towers above all other fossil fuel subsidies,” in a province renowned for handing over a billion dollars per year to oil and gas companies. “Experts say pushing it forward will jack up Hydro bills for decades to come,” he writes. “Instead, we should cancel this troubled project—and invest those billions in switching off fossil fuels and building renewable energy projects in communities all across B.C.”

Nagata says the province can power its own transition off fossil fuels more affordably by investing in solar- and wind-generated electricity. But the geology of the site on the Peace River might be the final straw that puts an end to the intensely controversial project.

“The ground under the dam is made up of many layers of sediment—organic material that sank millions of years ago to the bottom of an ancient lake,” he explains. “That shale rock is what contains coal, oil, and gas. It’s not very stable. The layers can slip and slide under pressure, whether from the weight of a huge dam, or toxic chemicals pumped into the ground at nearby fracking sites.”

In 2017 and 2018, 10,000 earthquakes “jiggled the ground near the dam,” he adds, “the biggest one strong enough that workers had to be evacuated from the construction site. A 400-metre-long ‘tension crack’ opened up on one bank of the river, which had to be patched at huge additional expense. A major landslide forced the evacuation of a nearby town in 2018. Now, the foundations of the dam itself appear to be sliding.”

That means Site C faces “an obvious safety hazard if the dam’s reservoir were ever filled,” Nagata says. “Even if expensive engineering fixes went ahead and the massive concrete structure could be anchored in place, how long would it hold back an 83-kilometre-long artificial lake? How strong will the fracking earthquakes get? Are we willing to gamble with people’s lives downstream to find out?”

Click here to read the rest of Dogwood’s analysis of the Site C construction project.

More BC taxpayers need to know how disastrous Site C is. The entire project is cloaked in secrecy, which should be a huge red flag for taxpayers who are paying for this.

Never forget that this is the same bunch of geniuses who were called in to advise the Chinese government on their Three Gorges Dam and we all know what a success that was… not!

It was supposed to be strictly for flood control, but then in order to justify the enormous overruns in cost they claimed that it could generate electricity to pay for itself.

We now know that the flood control is dubious at best, and we’ve yet to see how much hydro-generated electricity this monstrosity will produce from the greatest construction project the world has ever seen!