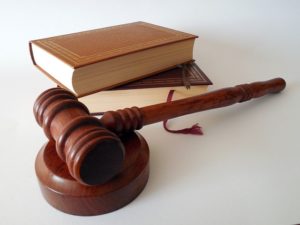 Almost a year after launching a climate lawsuit against their province’s government, seven young Ontarians have learned that their case can go forward, and they will have their day in court.

In a groundbreaking judgement, the Ontario Superior Court of Justice has ruled the climate crisis does threaten fundamental rights protected under the Charter of Rights and Freedoms, and that Canadian citizens can therefore challenge their governments’ climate failures on constitutional grounds, reports Ecojustice, which is pursuing the lawsuit on behalf of the applicants.

The youth activists, who filed their lawsuit last November 26, include:

• Sudbury native Sophia Mathur, the first young person in North America to follow in the footsteps of Greta Thunberg and strike for climate action;

• Shaelyn Hoffman-Menard, who lives in Peterborough and “has worked on issues of climate change, biodiversity, Indigenous-led conservation, youth and community engagement on environmental issues, and cultural and language revitalization initiatives”;

• Shelby Gagnon, who lives in Thunder Bay and is involved with “Indigenous food sovereignty in northern Ontario communities and has taken local action to help her own community become more sustainable in response to climate change”;

• Madison Dyck, also of Thunder Bay, who “has sailed through Lake Superior giving presentations on climate change impacts in surrounding communities and to youth”;

• Beze Gray of the Township of Tiny, a “community organizer focused on environmental, climate, and Indigenous issues, including in their home community of Aamjiwnaang First Nation.”

The applicants were between the ages of 12 and 24 at the time the lawsuit was launched last year.

The ruling that Mathur et al. v. Her Majesty in Right of Ontario transcends the interest of the applicants “delivered a rebuke of the Ford government’s attempt to shut down the youth-led lawsuit,” writes Ecojustice. Describing the province’s tactics, the environmental law charity explains that government lawyers sought to persuade the Superior Court that “the courts aren’t the right forum for addressing the climate crisis, that climate impacts will play out so far in the future we can’t understand them now, that the climate crisis is so big and complicated that Ontario’s targets don’t make a difference, and that the young people bringing the case can’t represent the interests of future generations.”

Ecojustice says Mathur v. Ontario will be the first time a Canadian court “has recognized that the harms caused by climate change can engage our Charter-protected rights to life, liberty, and security of the person.”

In its ruling, the Superior Court found that the youth applicants had sufficient cause to argue that the Ford government’s November 2018 Made-in-Ontario Environment Plan “violates the unwritten constitutional principle that governments are prohibited from engaging in conduct that will, or reasonably could be expected to, result in the future harm, suffering, or death of a significant number of its own citizens.”

Stressing that the court’s decision, while cause for celebration, marks the beginning of a long campaign to ensure that the Ford government is held to account for dropping the ball on climate, Ecojustice is urging readers to contribute what they can to support the seven campaigners in their suit.