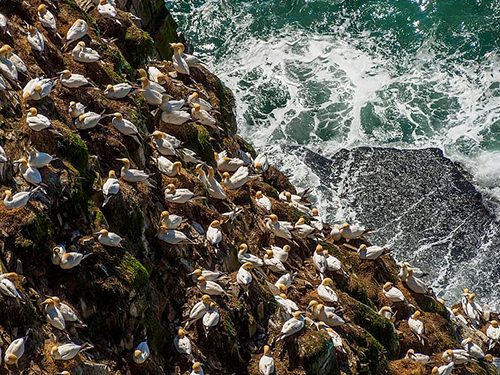 A federal regulator is taking criticism from East Coast environment and biodiversity advocates after allowing BP Canada to drill for oil in an environmentally sensitive marine refuge in the Atlantic Ocean.

The news landed as Newfoundland and Labrador braced for an economic hit after an attempt to auction off new offshore drilling leases fell flat, drawing just one bid when the province had hoped to place 17 different blocks with international fossils.

The decision by the Canada-Newfoundland and Labrador Offshore Petroleum Board (C-NLOPB) dates back to November 4, when the regulator handed over 264,500 hectares of ocean to BP in exchange for a commitment to conduct C$27 million worth of exploratory drilling, The Canadian Press reports. “One part of BP Canada’s successful bid overlaps with a portion of the Northeast Newfoundland Slope—a marine refuge east of the province that the federal government and environmental groups say is key to biodiversity in the area,” the news agency explains.

The Department of Fisheries and Oceans says the refuge includes fragile corals and sponges that serve as spawning grounds or nurseries for other marine life.

Sigrid Kuehnemund, vice-president of wildlife and industry at WWF-Canada, said oil exploration in the refuge will put marine biodiversity at risk, noting that even the C-NLOPB “has expressed concern over a string of offshore oil spills in recent years,” CP says.

BP spokesperson Maureen Herchak said it was too soon to say what the company will actually do with the parcel. She maintained that BP “follows all regulatory requirements where we operate” [which of course worked out so well off the U.S. Gulf Coast 10 years ago—Ed.]. Herchak added that, “should we undertake activity in the future, in keeping with government regulations, we will adhere to strict environmental standards, including evaluating any potential environmental and socio-economic sensitivities.”

Herchak’s uncertainty about whether BP would make any use of the parcel may have had something to do with the failed offshore auction that was expected to bring Newfoundland and Labrador hundreds of millions of dollars in bids, but produced only one offer for $27 million. That’s “loose change for an industry that bid $1.8 billion for similar acreage in 2018,” iPolitics writes.

As recently as September 2019, provincial Crown corporation Nalcor Energy was predicting “unprecedented interest” that could trigger nearly $4 billion in offshore oil activity over the span of a few years.

Scarcely a year later, the resounding silence in response to the province’s generous leasing offer could “mark the end of the offshore oil industry in Newfoundland and Labrador,” industry veteran Rob Strong told iPolitics.

“In a province where the oil industry represents more than 30% of GDP, the impact could be crushing,” the news story adds. While provincial officials waxed hopeful about a handful of new oil and gas deals that may be in the offing, “Strong says the recent departure of the last drilling rig marks the first time since the 1990s there is no exploratory drilling off Newfoundland and Labrador.”

Norwegian fossil Equinor “may be sitting on what the industry describes as ‘significant discoveries’,” iPolitics adds. “But if it costs US$50 a barrel to produce, and the market for East Coast crude is US$30, it may be time to reconsider what ‘significant’ means.”