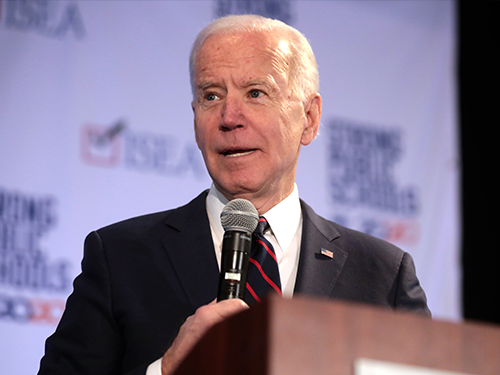 It’s still the earliest of early days in the Biden administration’s transition process, with countless decisions to be made, cabinet appointments to be vetted, and senior staff to be recruited. But the news reports so far are coming to an astonishing consensus: that President-elect Joe Biden and Vice-President-elect Kamala Harris meant it when they declared climate action a priority, and they seem determined to deliver on the promise.

2020 “has the potential to be a turning point,” declares New York Times senior writer David Leonhardt, in an analysis that begins with a litany of the mounting climate disasters that have swept the United States and the rest of the world. “A president who has called climate change a hoax—whose administration has tried to discredit government scientists and has overhauled federal policy to allow more pollution—has lost re-election. He has lost to a candidate who made climate policy a bigger part of his campaign than any previous winning president.”

“President-Elect Joe Biden is poised to embed action on climate change across the breadth of the federal government, from the departments of Agriculture to Treasury to State—expanding it beyond environmental agencies to speed U.S. efforts to mitigate global warming and to acknowledge that the problem touches many aspects of American life,” the Washington Post agrees. “The far-reaching strategy is aimed at making significant cuts in greenhouse gas emissions even without congressional action, by maximizing executive authority.”

In contrast to his two Democratic predecessors, presidents Bill Clinton and Barack Obama, who both made health care their defining priorities, Biden “has said he will accomplish his unavoidable short-term priorities—controlling the coronavirus and restarting the economy—in significant part by fighting climate change,” the Times’ Leonhardt writes. His US$2-trillion climate plan is almost 20 times the size of the clean energy package Obama pushed through in 2009, and “embedding clean energy measures into other policy areas is likely to be a theme of the Biden presidency. His advisors have told me that during almost every policy discussion, they ask themselves how to incorporate climate.”

“From the very beginning of the campaign, when President-Elect Biden rolled out his climate plan, he made it clear he sees this as an all-of-government agenda, domestic, economic, foreign policy,” Biden campaign policy director Stef Feldman told the Post. “From the very beginning, when he talked about infrastructure, he talked about making sure that it built in climate change, that we are making our communities more resilient to the effects of climate change.”

Gina McCarthy, the former U.S. Environmental Protection Agency administrator who now leads the Natural Resources Defense Council, said the shift reflects climate becoming a more salient topic now than it was in 2008. “The difference between then and now is that the issue of climate change is so much more relevant and personal now,” she told Leonhardt. “There is a real opportunity here that I think Biden is capturing.”

While Biden will need the support of at least a couple of Republican senators to push through his entire climate program, there’s still a great deal he can do without congressional approval. Leonhardt says the new administration will make the effort, not because Biden has always been focused on climate, but because “he has spent his career trying to understand where the centre of the Democratic Party is moving and then moving with it. And both the Democratic Party and the country have moved on climate,” with the young progressives and political activists “who will have to live most of their lives on a planet suffering from climate-related damage” making it their defining issue.

“There’s so much pressure from the outside, from young activists—it’s very impactful,” said Rep. Kathy Castor (D-FL), chair of the House Select Committee on the Climate Crisis. If anything, Leonhardt says, the focus on systemic racism following the murders of George Floyd, Breonna Taylor, Ahmaud Arbery, and so many others has sharpened the focus on the climate crisis, given the “disproportionate health damage that pollution causes in Black and Latino neighbourhoods,” Leonhardt says.

Grist has a rundown on the expectations coming from the U.S. environmental justice community, centring on “corrective action at the ground-level to provide safe environments and clean water to all Americans, and to reduce exposure to hazardous waste, pollution, and landfills in communities of colour.”

The Post says Biden frequently (and accurately) refers to climate change as a crisis, raised the issue with each of the European heads of state he spoke with last Tuesday, and is deep into the process of assembling policy options that he can begin implementing once he enters the White House.

“A team of former Obama administration officials and experts have created a 300-page blueprint laying out a holistic approach to the climate while avoiding some of the pitfalls that hampered President Barack Obama, who shared some of the same goals but was unable to enact all of them,” the paper states. Eighteen months in the making, the Climate 21 Project “outlines how the incoming administration could restructure aspects of the government to move faster on global warming,” digging into “dozens of changes” that go beyond simply rolling back the 125 or so Trump administration policies that “have boosted oil and gas drilling and relaxed pollution controls.”

The recommendations include formation of a White House National Climate Council, a carbon bank to pay farmers and forest owners to store carbon in their soil, vehicle electrification, and a suite of tax, budget, and regulatory measures to promote carbon reductions.

The World Resources Institute’s 10 top priorities for the incoming administration include:

• A 2030 target calling for a 45 to 50% reduction from 2005 levels (compared to the 24 to 28% target adopted by the Obama administration and the “who the hell cares” policy with which the Trump administration tried to replace it);

• Requiring all new passenger vehicles to be zero-emission beginning in 2035;

Politico Morning Energy has been keeping a close eye on the administration’s early staffing decisions, including the deep climate and Indigenous policy expertise in its various departmental transition teams, the unprecedented attention U.S. environmental groups are paying to Biden’s choice for Treasury Secretary, and the criteria those groups are setting for senior appointments to Treasury and various financial regulatory positions. Last week, Stop the Money Pipeline, a coalition of more than 130 environmental, progressive, and Wall Street watchdog organizations, declared that all those appointees must be committed to “shifting at full speed into economic principles and practices which completely support renewable energy and fully divest from the fossil fuel industries.”

The coalition “wants nominees to agree that financial companies should be required to commit to an emissions pathway that will keep average global temperatures from rising 1.5°C above pre-industrial levels, and to publish their plan for achieving it,” Morning Energy writes. “The group also wants nominees to support excluding fossil fuel companies from federal bond-buying programs, such as the one offered under the Federal Reserve’s pandemic relief effort this year.”

They’re also pressing Biden not to nominate anyone who was recently a “corporate executive, lobbyist, or prominent corporate consultant, particularly in financial industry firms, fossil fuel companies, or their industry association.”

Some of the recent coverage points to the opposition already lining up to derail some of the new administration’s plans. CNBC has U.S. fossil executives insisting they aren’t worried about Biden’s energy plan, while Bloomberg says banks are already “ready to push back” against measures to limit climate risk in the financial sector.

“I’m not as worried as some people are,” Occidental Petroleum CEO Vicki Hollub told CNBC. “It is going to take some work to share that knowledge and to get his staff onboard.”

“Talking about climate is often like talking about religion with some politicians. They don’t actually understand the complexities of the energy system very much and that’s never very satisfying,” said former BP CEO Bob Dudley, now chair of the Oil and Gas Climate Initiative (OGCI). “So, what we need are policy-makers and governments around the world that actually understand the mix of technologies, how they will come along, and the cost of these technologies, rather than rushing to get elected with what sounds too good to be true.” [Pro tip to Bob Dudley: The people behind that 300-page Climate 21 blueprint probably already understand those factors. When you drop in on them, you might want to shut your mouth, open your ears, and take notes.—Ed.]