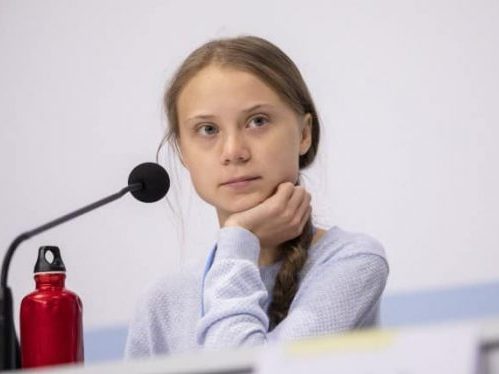 Youth campaigners kicked off their Mock COP 26 this week with a demand for “real action” on the climate crisis, taking up the calendar slot that was supposed to be filled by the regular UN climate event before it was postponed due to the COVID-19 pandemic.

With 350 delegates from 141 countries, “the alternative conference will feature speeches and panel discussions on topics such as climate education and climate justice, and it will culminate in delegates voting on a final statement to world leaders, which they hope will raise ambitions for COP 26 when it does go ahead in 2021,” The Guardian reports. “The environmental law charity ClientEarth will help develop this statement into a legal treaty that national governments could adopt into law.”

The treaty “will be ambitious, but it will also be realistic,” said event co-organizer Josh Tregale. “We want to illustrate that young people have opinions, but they also know how to implement things and they can be leaders.”

The Guardian says the Mock COP will be more inclusive than a typical UN climate event, with more attention to the countries most affected by the climate crisis. “More time will be allocated to countries from the global south, and these countries will be allowed five delegates each, as opposed to three per country in the global north, giving them a greater say in the voting.”

Delegates will also be grouped by time zone, with an agenda design that fits around school schedules. “We effectively looked at all of the things that COP does and thought: how could we make it a bit better?” Tregale said.

The distributed, virtual design reflected the utter disappointment of youth delegate like Lavinia Iovino, who said she was exasperated when the UN COP was postponed.

“We know there is a pandemic but if we, a group of people under the age of 30, realized we can do it perfectly online without any problems, so could they,” Iovino told The Guardian. “If they wanted to, they would have arranged something. We cannot just keep giving ourselves time that we don’t have.”

In an exclusive Guardian interview published on the first day of the Mock COP, #FridaysforFuture founder Greta Thunberg scorched politicians for setting carbon reduction targets for decades ahead, but shying away from the immediate action the climate crisis demands.

“So the first thing we need to do is understand we are in an emergency [and] admit the fact that we have failed—humanity collectively has failed—because you can’t solve a crisis that you don’t understand,” said Thunberg, who turns 18 in January. “When it’s about something that is in 10 years’ time, they are more than happy to vote for it because that doesn’t really impact them. But when it’s something that actually has an effect, right here right now, they don’t want to touch it. It really shows the hypocrisy.”

Thunberg stressed the connections between climate justice and social justice, casting climate change as one symptom of a larger crisis that includes the loss of biodiversity and fertile soil, inequality, and threats to democracy.

“These are symptoms that we are not living sustainably: we have reached the end of the road,” she said.