Indigenous Vote Tips the Balance to Biden-Harris in Arizona, Wisconsin 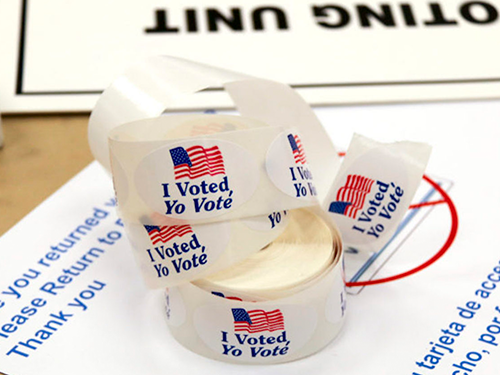 Indigenous voters may have held the margin of victory in two of the hardest-fought state campaigns in last week’s presidential election in the United States, with preliminary data indicating that Native-American precincts in Arizona and Wisconsin came in heavily in favour of President-elect Joe Biden and Vice-President-elect Kamala Harris.

In Arizona, “precinct-level data shows that outside of heavily [Democratic] blue metropolitan areas like Phoenix and Tucson, which also have high numbers of Indigenous voters, much of the rural blue islands that have voted for Biden and Mark Kelly, the Democratic candidate for U.S. Senate, are on tribal lands,” High Country News reports. “On some Tohono O’odham Nation precincts, Biden and Democratic vice presidential candidate Kamala Harris won 98% of the vote. As of November 9, the three counties that overlap with the Hopi Tribe and Navajo Nation went for Biden at a rate of 57%, as opposed to 51% statewide. Voter precincts on the Navajo Nation ranged from 60 to 90% for Biden.”

In Wisconsin, the counties overlapping the lands of the Bad River Band of Lake Superior Chippewa, the Menominee Tribe, and the Stockbridge-Munsee Band of Mohicans “helped tip the count to a Democratic majority,” the Colorado-based publication adds. “Menominee County, which overlaps the Menominee Tribe’s reservation, voted for Biden 82%, compared to the state as a whole at 49.4%.”

As well, a record six Indigenous candidates won their campaigns for seats in the U.S. House of Representatives, and tribal voters in Montana and South Dakota swung heavily Democratic, with Trump nevertheless winning both states. [And, goodness, nobody falsely claiming the vote was rigged—Ed.]

“Indigenous voters are by no means a monolith, and the majority of Indigenous people live in urban areas, which makes it likely that many more voted in metro areas and therefore don’t appear in voting data from tribal lands,” High Country News writes. But Native American communities like the Navajo Nation were hit very hard by the COVID-19 pandemic, and “clear voting patterns can be seen across Indian Country.”

For too long, “partisan groups have long ignored Native voters, including in states such as Arizona, New Mexico, North Dakota, South Dakota, and Montana,” said Jordan James Harvill (Cherokee), chief of staff at VoteAmerica, a non-partisan group that worked directly with the Navajo Nation and community partners to get out the vote. “We view these voters as some of the highest-potential voters in the electorate, and we’ll continue to invest in voters in Indian Country for years to come.”