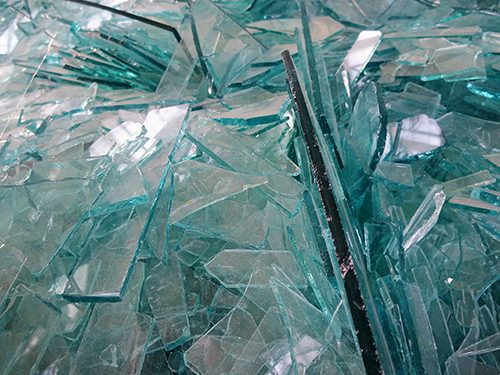 With glass supplies running short and prices correspondingly spiking, Chinese solar manufacturers are appealing to Beijing to approve new glass factories—an industry that hit the brakes in 2018 when the country banned further expansion due to overcapacity concerns.

“Prices for glass that coats photovoltaic panels have risen 71% since July, and manufacturers are struggling to produce it fast enough to keep more than a week’s worth of sales in inventory,” writes Bloomberg Green, citing data from Daiwa Capital Markets.

The supply shortage owes in part to the solar industry’s collective embrace of bifacial panels, an innovation that increases efficiency by coating panels on both sides (rather than just the sun-facing top) to capture sunlight reflected off the ground. “Such panels are expected to make up half the market in 2022, up from about 14% last year,” Bloomberg reports.

The glass shortage is poorly timed on several fronts. “Solar developers are rushing to finish projects by the end of the year to secure government subsidies,” Bloomberg writes. And in China itself, the shortage “threatens to halt momentum” just as Beijing begins to ramp up policies toward its goal of becoming carbon neutral by 2060.

More broadly, there is the solar industry’s still-delicate dance with the harsh laws of supply and demand. “If solar power generators see solar projects as uneconomical, they will delay investing in new projects and that will drag down solar demand,” said Charles Jiang, supply chain general manager for Longi Green Energy Technology Co., the world’s largest solar developer. “Solar power plant profits will drop below acceptable levels without government subsidies if glass makers go on to push up the costs.”

But even if Beijing were to approve a glass manufacturing sector build-out tomorrow, the immediate future will still be rocky for glass supply chains. “Because glass factories take so long to build, the solar industry could be 20% to 30% short of the glass it needs next year, with the market not being back in balance until 2022,” said Jiang.