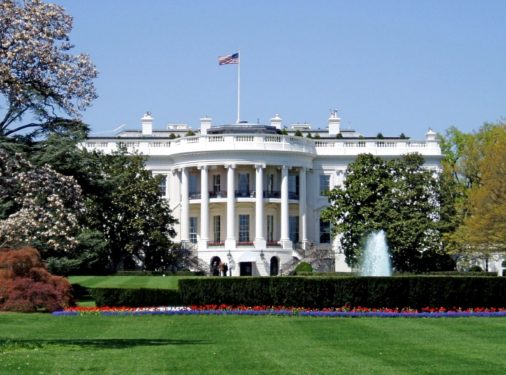 Rolling back environmental deregulation, investing in green economic stimulus, restoring trust in science, and possible appointment of a White House “climate czar” are expected to be key priorities for U.S. President-elect Joe Biden after he’s sworn in January 20, sparking an equal and opposite reversal after the four years of deep damage caused by a soon-to-depart Donald Trump.

“The current COVID-19 pandemic reminds us how profoundly the energy and environmental policy decisions of the past have failed communities—allowing systemic shocks, persistent stressors, and pandemics to disproportionately impact communities of colour and low-income communities,” states the climate section of the Biden-Harris transition team’s BuildBackBetter.com website.

But “at this moment of profound crisis, we have the opportunity to build a more resilient, sustainable economy—one that will put the United States on an irreversible path to achieve net-zero emissions, economy-wide, by no later than 2050,” the site adds. “Biden is working to seize that opportunity and, in the process, create millions of good-paying jobs that provide workers with the choice to join a union and bargain collectively with their employers.”

The transition team site lists infrastructure, the auto industry, transit, the power sector, buildings and housing, new technologies, agriculture and conservation, and environmental justice as areas where the new administration plans to invest. It calls for “a national effort aimed at creating the jobs we need to build modern, sustainable infrastructure now and deliver an equitable clean energy future.”

But before building on his own agenda, Biden will likely get at the unfinished business of reversing Donald Trump’s relentless effort to stall climate action and environmental regulation. Once it’s under new management, the U.S. Environmental Protection Agency “is expected to claw back [Trump’s] Affordable Clean Energy rule before the DC Circuit can rule on it,” Politico Morning Energy reports. “EPA and the Transportation Department are also expected to quickly revisit rules easing federal tailpipe pollution standards as well as Trump efforts to handcuff California and other states from enforcing more stringent rules. Biden also wants to reinstate methane emissions limits on the oil and gas industry, and expect his administration to revisit rules limiting the reach of the National Environmental Policy Act and the Endangered Species Act.”

Politico also expects Biden to push for an economic stimulus package “that aims to beat back the coronavirus, jumpstart the economy, and push greenhouse gas-reducing technologies along the way. Democrats have lots of ideas to pull from, ranging from the 500-plus page report prepared by the House Select Committee on the Climate Crisis to recommendations from an informal Senate panel and Biden’s own US$2-trillion plan. Any legislative package would almost certainly include provisions making investments in electric vehicle infrastructure, extending clean energy tax incentives, and modernizing the nation’s drinking water infrastructure.”

Bloomberg Law looks at the “trail of unanswered legal questions” the Trump administration leaves behind, from regulatory rollbacks to attacks on climate, water quality, and national monuments, that Biden will now be able to stop in their tracks. Vox, as well, sees the new administration taking action through executive orders.

“Biden’s most ambitious ideas—particularly using $1.7 trillion in government money—require Congress to go along, and it’s not clear he’ll have a willing majority,” the publication states. But he’s “likely to undo most, if not all, of Trump’s environmental rollbacks with his executive powers. Trump has repealed or weakened 125 environmental regulations, like protections for endangered species and environmental risk assessments for infrastructure, and has opened protected wilderness for fossil fuel development and logging.”

“Revolving door executive orders—with Obama issuing an order, Trump rescinding it, and Biden going back again—is not how our government should work,” Ken Rivlin, a lawyer with Allen & Overy LLP, told Bloomberg. “This is not a stable approach to governing. But it may be the only way right now given the times we are in.”

For better and for worse, InsideClimate News points to carbon capture and storage as one area where Biden might find common ground with a hostile Republican Senate.

There’s also an emerging consensus that the Biden White House will include serious expertise on climate issues, possibly including a climate “czar” with the authority to coordinate action across U.S. government agencies. Possible candidates for the post include former secretary of state and Paris Agreement architect John Kerry, and John Podesta, former counsellor to President Barack Obama.

“That type of appointment would help elevate climate issues in a potential Biden administration,” Politico wrote last month, “and would help ensure they are among the top priorities at agencies ranging from the Energy and Interior departments to Commerce and Defense. Another option under discussion is whether to appoint someone to the White House National Security Council whose sole focus would be climate matters.”

“The thing that is not under debate is the need to have serious White House staff capacity on climate issues,” said ex-Obama administration official David Goldwyn, now president of Goldwyn Global Strategies. “What is under debate is the most effective way to do that.”

“You should expect there will be some sort of central organizing role because they’ll be tackling such a broad swath of issues,” agreed ClearView Energy Director Kevin Book. “The other possibility is the notion of a czar or central advisor on climate. That role could be really, really important.”

In a pre-election interview with Bloomberg Green, Podesta said he was “leaving it to the younger set, let’s put it that way,” but stressed the importance of White House leadership to run the show now that the climate crisis is recognized as a top-tier issue.

“Accountability and ambition need to be organized, and come from the president himself,” Podesta said. “What I’m certain of is you have to vest that coordination function in the White House. If you’re really just counting on appointing good people who care about the topic to the federal agencies, and they’re not certain whether they have the backup of the White House, you’re just not going to get as much done.”

He added that the Black Lives Matter movement “has become very much front and centre to the transition to a new, clean energy economy. The injustice that was exposed by COVID-19 is part of a structural environmental injustice. The investments needed to transform the economy also have to be fairly and equally distributed. We have to invest in a just transition that takes into account the communities that have borne the brunt of pollution for many, many years. Biden’s committed to directing 40% of $2 trillion to distressed communities.”

But while all of those possibilities take shape, there’s speculation that some of Trump’s wanton destruction over the last four years may be difficult or impossible to reverse. “President-elect Joseph R. Biden Jr. will use the next four years to try to restore the environmental policies that his predecessor has methodically blown up,” writes veteran New York Times climate reporter Coral Davenport. “But the damage done by the greenhouse gas pollution unleashed by [Trump’s] rollbacks may prove to be one of the most profound legacies of his single term.”