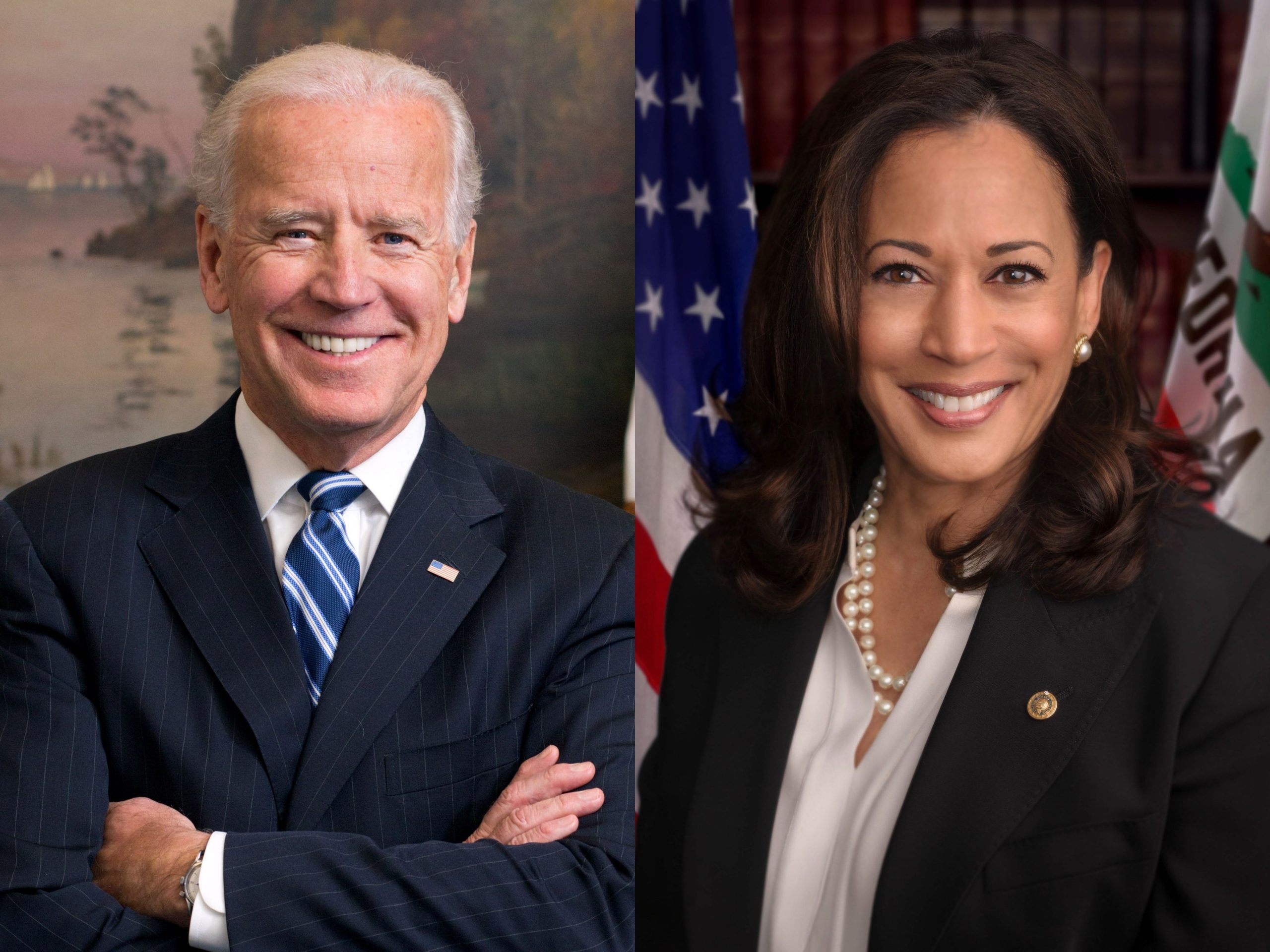 Even with Democrats unlikely to hold majority control of the U.S. Senate during the first two years of his administration, President-Elect Joe Biden enters the White House with a clear mandate for climate action and a toolbox of options for delivering faster, deeper carbon cuts, according to multiple analyses in the wake of a decisive election win over Donald Trump.

In the hours before and after Biden and Vice-President-Elect Kamala Harris declared victory before an ecstatic crowd of supporters in Wilmington, Delaware, much of the commentary suggested that Senate Majority Leader Mitch McConnell (R-KY) will have a stranglehold on government action and spending in a variety of areas, from pandemic relief to climate action. The counter-narrative had two strands—Biden’s own history of working across the aisle throughout a decades-long career in Senate and as vice-president, and the formidable array of options for unilateral action by a U.S. president.

“Joe Biden will take office with something no U.S. president has had before: robust popular support for climate action, borne out in polling data and election results from a hard-fought campaign,” reports Bloomberg Green. “Global warming was on the ballot to a surprising degree,” and “exit polls appear to show that his messages on climate broke through with voters,” with 74% declaring climate change “very important” to their vote and 67% lining up in favour of increased renewable energy spending.

All in all, “his mandate to go all in on climate change and clean energy could not be more clear,” said Ed Maibach, director of the George Mason University Center for Climate Change Communication.

“They’ve given us a clear mandate for actions on COVID, the economy, climate change, systematic racism,” Biden said Friday night.

In a separate analysis, Bloomberg says that the Biden White House won’t be as hamstrung as some climate hawks might fear—or as McConnell might wish. “Biden in the White House with Democratic allies in total control of Congress could clearly do much more to rein in carbon dioxide emissions than a president working alone,” the news agency concedes. “Still, there’s a lot a climate president could do. Even the simple step of returning to science-based policy-making would be an enormous improvement and an important first step.”

But wait, there’s more: “A task force put together during the campaign and led by former Secretary of State John Kerry and Democratic Representative Alexandria Ocasio-Cortez (D-NY) identified 56 policy moves on climate and energy that don’t need help from Congress.”

The first test of the new presidency and Congress “will likely be any kind of economic stimulus package,” Bloomberg adds. “That makes it particularly important for a Biden administration to use a climate lens for any measures aimed at stimulating the economy, since other spending measures will likely be limited.”

After that, “opening a climate office in the White House, which could coordinate executive orders and regulatory actions and, for example, government procurement, would mark a big change. That places the emphasis on agencies and regulatory tools that can set the tone for years to come—think clean infrastructure investments and government building retrofits, rather than reversible short-term action.”

Energy economist and lawyer Danny Cullenward also pointed to the U.S. Federal Energy Regulatory Commission (FERC) as an independent agency whose guidelines set the pace of zero-carbon energy development, and that “operates under a totally different legal paradigm—economic regulation, rather than pollution control or natural resource management.”

Climate policy advocates have also been looking back at a July, 2020 post in The American Prospect that listed 277 policies a Biden administration could adopt without Congressional cooperation or approval. The summary, based on the work of a unity task force convened by Biden and former Democratic leadership rival Bernie Sanders (I-VT), included 48 rollbacks of Trump-era policy changes, 54 climate policies, and 54 measures related to the economy.

Post-election coverage is also digging into Biden’s own reputation as a deal-maker who can break down the kind of policy gridlock that has become a kind of unwanted calling card for the U.S. Congress (even if some industries are apparently just as happy to have the paralysis continue).

“When Biden campaigned on a US$2-trillion climate plan, the most ambitious ever proposed by a major party candidate, the Democrats were aiming to pick up the three Senate seats they needed for a majority that would support Biden’s plan,” InsideClimate News states. With those hopes largely dashed, at least until 2022, “industry and environmental advocates alike say that Biden, who spent more than 40 years in the Senate, is uniquely suited to the challenge of dealing with McConnell—and with former colleagues of both parties. They are anticipating that Biden will be able to do more in the face of a hostile Congress than did President Barack Obama, who relied on a series of executive actions on climate that President Donald Trump has spent the past four years overturning.”

InsideClimate says Biden’s overtures to the Senate are expected to touch on green stimulus and pandemic relief, “including measures that already enjoy bipartisan support like infrastructure, farm aid, and support for renewable energy and carbon capture and storage.” A price on carbon might also be in the offing. And perversely, former Republican Congress member Bob Inglis, now executive director of the conservative climate action group RepublicEn, said today’s partisan split might deliver climate policy that is more stable over the longer haul.

When one party controls both the White House and Congress, he told InsideClimate, “there’s a tendency to want to run it down the left-hand side of the field.” And then, “when the pendulum swings, it can be undone. A divided government situation may give rise to the best opportunity for a durable climate solution.”

But author Anand Giridharadas says Biden might still be able to develop “transformational progress”, after running on a softer policy promise to “restore the soul of America”.

“However effective it might have been at closing this race, this restorationist fantasy would be a terrible governing philosophy,” he writes for the New York Times. “Because the pre-Trump world—in which voting rights were being gutted and 40% of Americans couldn’t afford a $400 emergency bill—is no kind of place to go back to. Mr. Biden himself seemed to concede this point by tempering his restoration message with the slogan ‘Build Back Better’,” which eventually found its way into the online address for his transition team website.

Momentum for bigger change might also come from an unexpected source—Senate Minority Leader Charles Schumer (D-NY), described by Giridharadas as “an institutionalist and a moderate” like Biden, who surprised the author by talking down the idea that incremental fixes will solve the multiple challenges the country faces.

“No, no, I don’t buy that,” Schumer said. “My view is if we don’t do bold change, we could end up with someone worse than Donald Trump in four years.” He added that what passed for change in the past two decades, including the Obama years, was not “big enough or bold enough.”

The Times has more on the various political scenarios for Biden’s first 100 days and beyond. But what’s already clear is that, as the country’s 46th president-elect prepares for his term of office, climate hawks are set to prod the new administration for more ambitious climate action.

“We’ve seen that Biden, in his final debate speech, committed to a transition off of fossil fuels. We’re excited to hold a Biden administration accountable to that promise,” said 350 Action campaign manager Emily Southard. “We’ll push where we need to push.”

And even with Republicans holding the Senate, InsideClimate says climate organizations are already celebrating a shift in momentum.

“Simply because we have a Republican Senate that isn’t representative of the majority of Americans who want action on climate change, doesn’t mean things like a Green New Deal aren’t happening already,” Southard said, citing successful green ballot initiatives in several cities. “The Green New Deal isn’t just a piece of legislation; it’s a vision for an economy that moves us off fossil fuels. There’s a lot Biden can do, from stopping the Keystone Pipeline to banning fracking on public lands.”

“The victory of Joe Biden and Kamala Harris over Donald Trump is an important victory for democracy against fascism,” said Oil Change International Executive Director Elizabeth Bast. “It’s a win for the climate and for trusting science, and it’s a win for all who fought to stand up to Trump and his blatant racism and misogyny.”

Now, “Joe Biden said he will transition the U.S. away from oil, and we’re here for it. The American public is desperate for real climate action, and we look forward to working with the Biden and Harris administration to live up to all they’ve promised.”

Not that anyone is giving up on the two run-off elections in Georgia January 5 that will decide whether Republicans actually retain their Senate majority. “They should get out the vote in Georgia because Biden has just shown us what’s possible there,” Anthony Leiserowitz, director of the Yale Program on Climate Change Communications told InsideClimate. “That’s what will make climate action possible. Forget the whole question of compromise. That’s not even an option right now. Even if you only want quote-unquote incremental progress, you’re not going to get it without a Democratic Senate.”