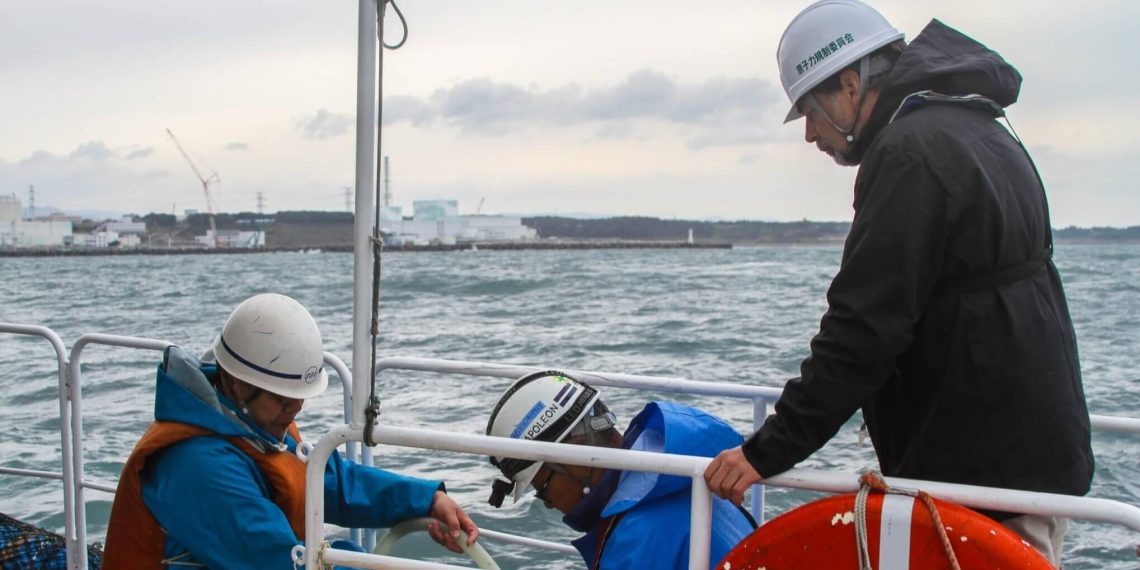 A plan to dump a million tonnes of radioactive water from the Fukushima disaster off Japan is alarming local people.

LONDON, 3 November, 2020 − The Japanese government has an unsolvable problem: what to do with more than a million tonnes of water contaminated with radioactive tritium, in store since the Fukushima disaster and growing at more than 150 tonnes a day.

The water, contained in a thousand giant tanks, has been steadily accumulating since the nuclear accident in 2011. It has been used to cool the three reactors that suffered a meltdown as a result of the tsunami that hit the coast.

Tritium is a radioactive element produced as a by-product by nuclear reactors under normal operation, and is present everywhere in the fabric of the reactor buildings, so water used for cooling them is bound to be contaminated by it.

To avoid another potentially catastrophic meltdown in the remaining fuel the cooling has to continue indefinitely, so the problem continues to worsen. The government has been told that Japan will run out of storage tanks by 2022.

As often happens when governments are faced with difficult problems, the unpalatable decision to release the contaminated water into the sea has not been formally announced, but the intention of the government to take this course has been leaked and so widely reported.

Immediately both local and worldwide adverse reaction has resulted. There are the direct effects on the local fishermen who fear that no one will want to buy their catch, but over a wider area the health effects are the main concern.

As ever with the nuclear industry, there are two widely different views on tritium. The Health Physics Society says it is a mildly radioactive element that is present everywhere, and doubts that people will be affected by it. But the Nuclear Information and Resource Service believes tritium is far more dangerous and increases the likelihood of cancers, birth defects and genetic disorders.

The issue is further complicated because the Fukushima wastewater contains a number of other radionuclides, not in such high quantities, but sufficient to cause damage. Ian Fairlie, an independent consultant on radioactivity in the environment, is extremely concerned about Japan’s plans and the health of the local people.

“Ten half-lives for tritium is 123 years: that’s how long these tanks will have to last – at least. This will allow time also for politicians to reflect on the wisdom of their support for nuclear power”

In a detailed assessment of the situation he says other highly dangerous radioactive substances, including caesium-137 and strontium-90, are also in the water stored at Fukushima.

They are in lower quantities than the tritium, he says, but still unacceptably high – up to 100 times above the legally permitted limit. All these radionuclides decay over time − some take thousands of years − but tritium decays faster, the danger from it halving every 12.3 years.

In a briefing for the Nuclear Free Local Authorities (NFLA), a UK based organisation, another independent analyst, Tim Deere-Jones, discusses research that shows that tritium binds with organic material in plants and animals.

This is potentially highly damaging to human health because it travels up the food chain in the marine environment, specifically accumulating in fish. This means fish-eating communities on the Japanese coast could ingest much larger quantities of tritium than some physicists think likely.

Tim Deere-Jones is also concerned that the tritium will be blown inshore on the prevailing wind in sea spray and will bio-accumulate in food plants, making it risky to eat crops as far as ten miles inland. Because of the potential dangers of releasing the water the NFLA has asked the Japanese government to reconsider its decision.

The government has not yet responded though, because officially it is still considering what to do. However, it is likely to argue that pumping the contaminated water into the sea is acceptable because it will be diluted millions of times, and anyway seawater does already contain minute quantities of tritium.

Dr Fairlie is among many who think this is too dangerous, but he admits there are no easy solutions.

He says: “Barring a miraculous technical discovery which is unlikely, I think TEPCO/Japanese Gov’t [TEPCO is the Tokyo Electric Power Company, owner of the Fukushima Daiichi plant]  will have to buy more land and keep on building more holding tanks to allow for tritium decay to take place. Ten half-lives for tritium is 123 years: that’s how long these tanks will have to last – at least.

“This will allow time not only for tritium to decay, but also for politicians to reflect on the wisdom of their support for nuclear power.” − Climate News Network