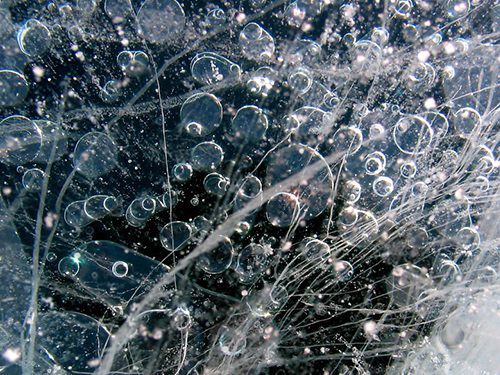 Methane hydrates frozen in Arctic Ocean sediments—called the “sleeping giant of the carbon cycle”—are beginning to stir off the East Siberian coast. That has alarmed scientists, who are warning that these new spikes in subsurface methane levels mark the triggering of a dangerous tipping point.

“High levels of the potent greenhouse gas have been detected down to a depth of 350 metres in the Laptev Sea near Russia, prompting concern among researchers that a new climate feedback loop may have been triggered that could accelerate the pace of global heating,” writes The Guardian in an exclusive report.

Claiming an observational first in the region, a 60-member international team on the Russian research ship R/V Akademik Mstislav Keldysh is confirming that the methane release is already occurring across a wide area of the Laptev Sea slope about 600 kilometres offshore.

At one monitoring point, at a depth of about 300 metres, the researchers “found methane concentrations of up to 1,600 nanomoles per litre, which is 400 times higher than would be expected if the sea and the atmosphere were in equilibrium.”

This is potentially very bad news, explains The Guardian, as “methane has a warming effect 80 times stronger than CO2 over 20 years.” According to the U.S. Geological Survey, Arctic hydrate destabilization is “one of four most serious scenarios for abrupt climate change.”

Describing the recent discharges as “significantly larger” than any seen before, chief scientist Igor Semiletov of the Russian Academy of Sciences called the discovery of these actively-releasing shelf slope hydrates “a new page” that “can have serious climate consequences.”

As alarming as the findings are, writes the Guardian, they are preliminary, and the Keldysh research team needs to conduct far more study. “The scale of methane releases will not be confirmed until they return, analyze the data, and have their studies published in a peer-reviewed journal,” the UK-based paper notes.

As for what may be the driving the destabilization of the methane hydrate deposits, The Guardian reports that the “intrusion of warm Atlantic currents into the east Arctic”—a disruption known as Atlantification—is the most likely cause.