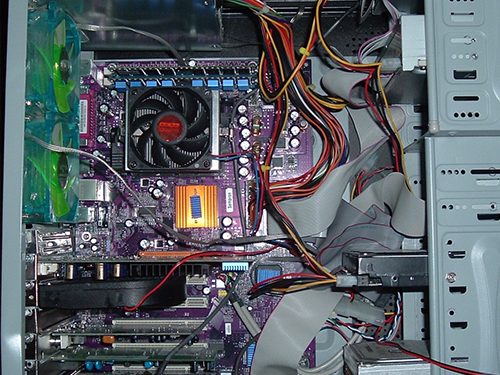 A growing movement calling for the “right to repair” is finding deep, cross-partisan support, with advocates ranging from medical personnel desperate to repair broken ventilators in a timely fashion to car owners who want to fix software glitches at their local garage. And policy-makers are increasingly tuning in, with the European Union taking the lead.

By 2021, EU citizens should find it easier to get laptops, phones, and tablets fixed, courtesy of new right-to-repair rules that were announced this past spring as part of the continent’s plan for a more sustainable and competitive circular economy, reports the New York Times.

And in the United States, a bipartisan effort is moving toward tabling laws that will loosen the long-standing and iron-clad grip that manufacturers of everything from Gameboys to tanks to refrigerators have had over what happens when that console, turret, or ice cube maker stops working.

With the current status quo, many manufacturers across a broad range of sectors have become the sole provider of the necessary parts and technicians needed to repair their products. That has left consumers with only one path to repair—a lack of choice that can lead (or force) them to toss the defective item and buy a new one.

Right-to-repair advocates note that this trajectory is what continues to sustain economies built on the doctrine of planned obsolescence—“the idea that products are designed to be short-lived in order to encourage people to buy more stuff,” writes the Times. And, it adds, “more stuff” is exactly what the world needs least as it tries to rein in global emissions.

Citing Apple’s own manufacturing data (and noting the salient fact that manufacturing remains heavily reliant on fossil fuels), the Times flags the newest iPhone as a case in point: mining and manufacturing materials for the phone comprises “roughly 83%” of the product’s contribution to heat-trapping emissions in the atmosphere throughout its life cycle.”

Changing the rules around repair—specifically “requir[ing] companies to make their parts, tools, and information available to consumers and repair shops in order to keep devices from ending up in the scrap heap”—will have significant climate benefits, the Times writes. The story cites claims by the U.S. Public Interest Research Group that adding just one year to how long the average American cell phone user keeps their phone would produce “the climate-saving equivalent of taking 636,000 cars off the road, or about the amount of passenger vehicles registered in the state of New Mexico.”

In the U.S., more than 20 states—led by both Republicans and Democrats—have introduced right-to-repair legislation over the last few years, and this past summer the House of Representatives “advanced a funding bill that includes a requirement that the Federal Trade Commission complete a report on anti-competitive practices in the repair market and present its findings to Congress and the public.”

Crying foul, manufacturers are claiming that their control over the repair process is about consumer safety—and, when it comes to things electronic, about privacy and security, too.

But progress is nonetheless being made, writes the Times. In next week’s election, “Massachusetts will have a question on the ballot designed to ensure that drivers will continue to be able to have local repair shops—not just authorized dealers—work on their cars as they become more automated and manufacturers control access to that data.” The measure has been long in coming, adds the Times: it originally grew out of a 2012 bill “that required carmakers to provide independent repair shops with access to the diagnostic tools that had been available only to dealerships.”

And last fall, Apple announced its intent to allow independent repair businesses to provide “the same genuine parts, tools, and diagnostics for iPhone repairs as it gives to Apple-authorized service providers.”

Even so, legislation at the state or federal level will be needed to adequately move the needle on the problem of manufacturers controlling the repair market, in part because major manufacturers are conspicuous on panels that set environmental impact guidelines, said electronics consultant Mark Schaffer.

“As a whole, the industry needs to raise the floor on repairability,” he told the Times. “That’s probably not going to happen until there is a legal requirement at a state or at a national level.”