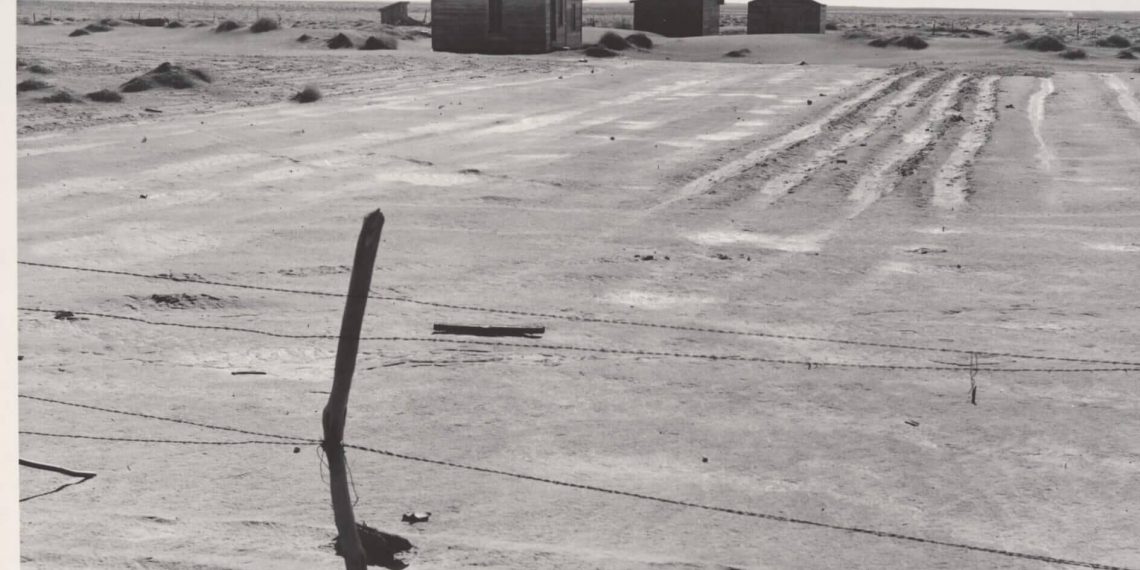 It obscures the skies and darkens the snows. Wind-borne dust risk is increasingly ominous in a warming world.

LONDON, 26 October, 2020 − Half a planet apart, one low-lying and the other on the roof of the world, two huge regions confront an increasing dust risk − a menace to jobs, to food and to lives.

The Great Plains of North America are getting dustier every year because more soil is now being exposed to erosion. And high in the Himalayas on the continent of Asia, the peaks too are becoming dustier, in ways that threaten to increase the melting of high-altitude snows.

Both findings are in essence bad news. In the western US, higher levels of wind erosion as a consequence of changing farm practices combined with ever-greater probabilities of drought mean ever-higher probabilities of a return of the Dust Bowl that devastated the US Midwest 90 years ago.

And 700 million people in Southeast Asia, China and India depend on the slow melting of the Himalayan glaciers to irrigate their crops in the hot dry season: earlier melting threatens not just livelihoods but lives.

In the 1930s, the Great Plains region was hit by drought that extended from Canada to Mexico. By then, vast tracts of prairie had been converted from wild grassland to ploughed field.

“The result was massive dust storms we associate with the Dust Bowl. These dust storms removed nutrients from the soil, making it difficult for crops to grow and more likely for wind erosion to occur,” said Andrew Lambert of the University of Utah.

He and colleagues from Colorado report in the journal Geophysical Research Letters that they measured atmospheric dust levels by studying evidence from both space and from the ground, and collected data from 1988 to 2018.

They found that atmospheric dust over the Great Plains was increasing at 5% a year. That would mean a doubling in just two decades.

“The massive dust storms we associate with the Dust Bowl removed nutrients from the soil, making it difficult for crops to grow and more likely for wind erosion to occur”

They also found that levels of dust matched the planting and harvest months of soybean in the north, and corn in the southern states. How the land was farmed could be connected directly to the haze in the air.

Dust plays a powerful role in planetary management: researchers established years ago that the rich biodiversity of the Amazon rainforest was nourished and supplemented almost annually by deposits of fertile dust blown across the Atlantic from the African Sahara. And dust falling into the ocean on the journey also helped nourish marine life far below the surface of the Atlantic.

Now it seems that wind-blown dust from two continents also settles on the biggest and highest tracts of the Himalayas, to darken the snow, change its reflectivity and absorb the sun’s warmth.

Scientists from the US Pacific Northwest National Laboratory report in Nature Climate Change that they used detailed satellite imagery of the Himalayas to measure aerosols, elevation and snow surfaces to identify dust and other pollutants.

They found that, at up to 4500 metres altitude, black carbon or soot played an important role in influencing the melt timetable of the high snows. Above that altitude, dust was the most important factor: dust from the Thar desert in India, from Saudi Arabia and even from the African Sahara.

Although this was part of a natural cycle, humankind may be accelerating the traffic and adding to the dust risk: ever-higher planetary temperatures have begun to affect atmospheric circulation. And as humans turn natural ecosystems into farmland, they release even more dust.

“The snow in the western Himalayas is receding rapidly. We need to understand why this is happening and we need to understand the implications,” said Chandan Sarangi, then at Pacific Northwest but now at the Madras Institute of Technology in Chennai, and one of the authors.

“We’ve shown that dust can be a big contributor to the accelerated snowmelt. Hundreds of millions of people in the region rely on snow for their drinking water − we need to consider factors like dust seriously to understand what’s happening.” − Climate News Network