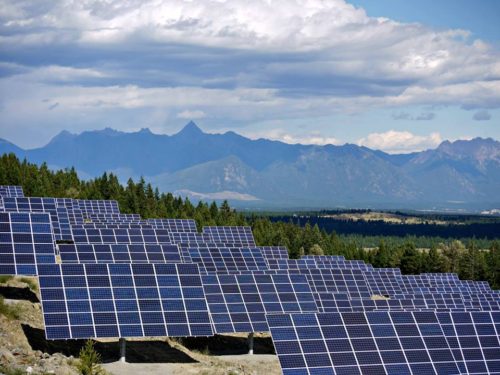 Solar’s recent coronation by the International Energy Agency as the “king” of global electricity markets is a literal power shift that bodes ill for Alberta’s oilpatch, says one of the province’s top energy policy experts.

In an op-ed for CBC, Sara Hastings-Simon, a research fellow at the School of Public Policy at the University of Calgary and senior researcher at the Payne Institute for Public Policy at the Colorado School of Mines, writes that the Alberta government must come to terms with the spectacular drop in the cost of solar power—80% since 2010, according to the International Energy Agency (IEA)—and the renewable sector’s built-in engineering advantages.

Citing a calculation in the IEA’s World Energy Outlook that “solar photovoltaic (PV) is now the cheapest source of electricity in history, having achieved an incredible 99% reduction in module costs since 1980,” Hastings-Simon notes that such a shift is “a multidecadal story” of research and development advances in cell efficiency and material costs, combined with experience on the shop floor and steady success in scaling up technologies.

“Financing costs are also an important part of the story, with the IEA updating the cost of capital on the basis of individual resource types rather than assuming a single capital cost number for all,” she adds.

As a result, “solar electricity is 20-50% cheaper today compared with the estimates in IEA’s report only last year.”

As for the road ahead, Hastings-Simon writes of significant obstacles for the oil and gas sector, and for her home province in particular. “In the case of fossil resources, engineering innovations are in a race against declining resource quality and reserve depletion,” she writes. While such innovations may enable a fossil company to extract a greater percentage of reserves (she cites enhanced oil recovery here) or, in the case of fracking, to open up previously inaccessible resources, production costs will always be too high to ever improve the bottom line. Meanwhile, the solar (and wind) sectors, relying on non-depleting resources, will continue to find technological improvements that create wins for profit margins.

While Hastings-Simon reminds her readers that the IEA isn’t releasing forecasts but rather “simply a set of scenarios for how the future could unfold,” she does note that “these scenarios often enter into the discussion of Alberta’s future as if they were forecasts, so it’s worth considering how this year’s outlook has changed and what else might be missing.”

What “future budgets and plans in Alberta” can no longer do, Hastings-Simon warns, is focus only on population and economic growth as drivers of change in energy demand. “Additional factors, such as technology, are becoming increasingly important,” she writes.