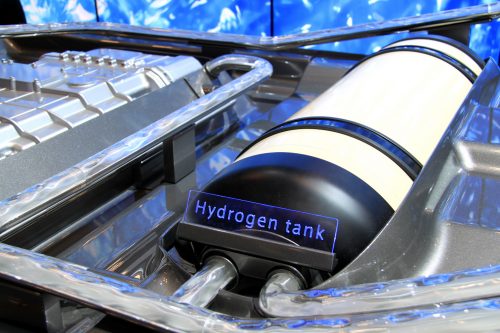 As Canada moves to stake its claim in the burgeoning hydrogen fuel market—a claim that includes Alberta’s recent bet on “blue hydrogen”—policy experts are warning that it will be only the cleanest hydrogen that takes the prize in a zero-carbon world.

“Clean hydrogen could meet up to nearly a quarter of the world’s energy demand by 2050,” write Merran Smith and Sarah Petrevan, executive director and policy director (respectively) of Clean Energy Canada, in a recent op-ed for the Globe and Mail. “A Bank of America analyst even compared the investment opportunity in the sector to that of smart phones before 2007.”

Driving all this excitement, the two analysts write, is the recognition that hydrogen may well be the silver bullet to decarbonize the sectors that remain vexingly CO2-heavy: the production of cement and fertilizer, and the steel, trucking, and shipping industries.

But Canada’s competitiveness in the world of clean hydrogen production will be determined by whether or not industry and policy-makers recognize one “core truth,” they write: that “not all hydrogen is created equal.”

While Canada produces nearly three million tonnes of hydrogen, it relies on fossil fuels for that output. Some of the hydrogen produced in Western Canada—called “blue hydrogen”—comes from a process that captures and stores carbon, potentially making it marketable as a “cleaner” option. Still, promoters would be hard-pressed to describe it as “the cleanest.”

Smith and Petrevan say the “cleanest” crown goes to “green hydrogen,” the version made in a way that requires no fossil fuels for either feedstock or production—put simply, by passing a sustainably-generated electrical current through water.

As for how Canada will fare in the race “already afoot” to secure the economic (and climate) boon of becoming a top-10 global hydrogen producer, the Clean Energy Canada experts say that while the country is already there in terms of production levels, the fact that fossil fuels are the feedstock (and energy source) for most of the output is a problem. And while capturing and storing resultant carbon pollution helps, “blue” will still not compete globally with “green.” (Smith and Petrevan do note that Alberta’s Proton Technologies, which “separates hydrogen from heavy oil underground, leaving the carbon behind,” is in the running as a possible future contender for the coveted “green” label.)

Transparently good news for Canada, however, is the fact that the country possesses in abundance two resources critical to the production of green hydrogen: water, and existing or potential clean power grids.

For Canada’s policy-makers, “the time to act is now,” write Smith and Petrevan. “Already, 18 economies comprising more than 75% of global GDP are developing and rolling out their hydrogen strategies”—many, they add, using post-pandemic recovery funds.

And whoever is crowned winner, the race itself will certainly change the energy industry. “Not unlike its contribution to wind power in the 1990s and 2000s, Germany’s priming of the hydrogen market with a €9-billion strategy could lead to a snowballing competitive landscape—and cheaper clean hydrogen,” they write.