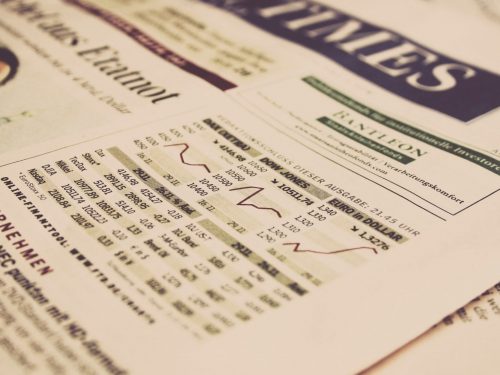 In Canada and around the world, a growing number of investors are rushing for the exits in their haste to abandon a crashing fossil fuel industry.

In stories published in just the last four days, BNN Bloomberg points to five leading Canadian fossils that have lost nearly $100 billion in share value over the last five years, while the Institute for Energy Economics and Financial Analysis (IEEFA) lists 50 “globally significant financial institutions” that have restricted their involvement with tar sands/oil sands projects, Arctic oil and gas drilling, or both, including 23 so far this year. And CBC foresees steadily increased hardship for laid-off fossil workers looking for new jobs in the sector.

“Over 140 global financial institutions have already restricted thermal coal financing, insurance, and/or investment and we are now seeing a similar accelerating shift of capital away from oil and gas exploration, starting with high-risk oil sands development and drilling in the Arctic,” said Tim Buckley, IEEFA director of energy finance studies. The increased global momentum “means we expect a continuation of new announcements from other financial institutions seeking to better manage increasing climate risk.”

And in recent weeks, “shares of household names such as Suncor Inc., Cenovus Energy Inc., Imperial Oil Ltd., Husky Energy Inc., and Canadian Natural Resources Ltd. have continued to languish,” BNN Bloomberg writes. “While much of the selling pressure has been tied to oil demand uncertainty from the pandemic, investors have also begun to load up on shares of companies with ties to a clean energy future,” with the Standard & Poors Renewable Energy & Clean Technology Index increasing 38% this year—an exact mirror image of the Toronto Stock Exchange’s energy index, which is down 38%.

“The momentum is, in part, tied to clean energy’s starring role on the political stage,” BNN Bloomberg adds. “It has been a focal point of Democratic nominee Joe Biden’s presidential bid, while the Trudeau government has also placed a priority on the green economy.” Due to those and other factors, “investors simply can’t get enough of businesses focusing on a future fueled by oil alternatives, such as wind and solar energy. As a result, Canada’s oil industry has seen its influence on Bay Street shrink.”

The flurry of news stories, all of them dated October 19, coincided with the expected release of fossils’ financial results for the third quarter of the year. While “higher oil prices are expected to bolster returns” for Canadian firms compared to a devastating first half, CBC writes, “observers say a recent stall in the crude price recovery and ongoing oil market uncertainty make increases in production and spending plans unlikely.” Analysts said the increases aren’t enough to both keep Canadian oil and gas companies in operation and sustain the quarterly payouts their investors expect of them.

“While oil prices saw a big jump quarter over quarter in Q3, prices continue to be below the levels these companies (with the exception of Canadian Natural Resources Ltd.) require to fund their sustaining capital and dividends,” Stifle FirstEnergy analyst Michael Dunn wrote last week. He added that oil prices and companies’ prospects still hinge on faraway oil production decisions made by members of the Organization of Petroleum Exporting Countries (OPEC) and Russia, known as OPEC+.

“Following the unprecedented demand hit from COVID-19 earlier in the year, (global oil) consumption has improved from the lows but remains approximately five to seven million barrels per day below last year,” National Bank Financial added late last week. “The demand recovery remains uncertain and a significant risk to any sustained oil price recovery, notably as the impact of a second wave of the pandemic is under way.”

Those fears were front and centre in a confidential OPEC+ assessment that showed an oil surplus and resulting low prices persisting into 2021 on the strength of a prolonged second wave of the pandemic and rising oil production in Libya, Reuters reported last week.

“The earlier signs of economic recovery in some parts of the world are overshadowed by fragile conditions and growing skepticism about the pace of the recovery,” the document stated. “In particular, a resurgence of COVID-19 cases across the world and prospects for partial lockdowns in the coming winter months could compound the risks to economic and oil demand recovery.”