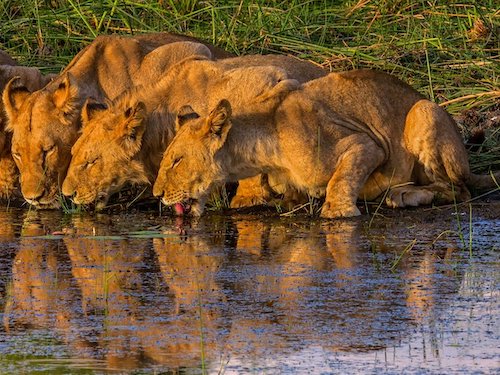 A fossil company based in British Columbia is raising alarms with environmentalists in southern Africa with plans to touch off an oil boom in Kavango Basin, in the Kalahari region of Namibia and Botswana.

Reconnaissance Energy Africa Ltd. (ReconAfrica) is touting the area as “one of the world’s last remaining undeveloped deep sedimentary basins,” the Globe and Mail reports. The company has bought a drilling rig from Texas and plans to start work by December.

ReconAfrica “says it has raised $23 million in financing for the project after securing petroleum licences for 8.75 million acres of land,” the Globe says. “The Vancouver-based company says the region could eventually generate 120 billion barrels of oil equivalent, making it one of the world’s biggest oil discoveries in recent decades.”

The company added that it’s complying with all local laws, completed an environmental impact assessment, and is lining up all the environmental permits it needs. “But environmentalists are concerned that the oil development will affect aquifers and water balances in a biologically sensitive region near the Okavango Delta, one of the most famous wildlife conservancies in Africa,” the Globe writes. “They also fear that the development could damage traditional sites of the San, the Indigenous people in Namibia and Botswana.”

So far, the proposed drilling locations “are more than 50 kilometres south of the Okavango River, more than 200 kilometres west of the Okavango Delta, and more than 40 kilometres from Khaudum National Park, an unfenced reserve that is home to elephants, lions, leopards, giraffes, and antelopes,” the Globe writes, and ReconAfrica says it recognizes San rock art sites as “important artifacts” that should be disturbed. But environmentalists warn that the project’s impact assessment allows for drilling sites to be relocated within the licenced area.

“Namibia does not have the capacity to enforce compliance,” said Annette Huebschle, a senior researcher in the public law department at the University of Cape Town. “It’s very worrisome that the company has free rein to move the drill locations.”

The Globe has more detail on the story here.