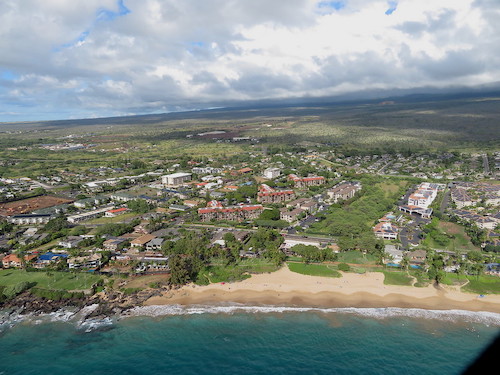 Maui County in Hawaii has filed a lawsuit against 20 oil and gas companies, including colossal fossils ExxonMobil, Chevron, Royal Dutch Shell, and ConocoPhillips, hoping to secure compensation for the rising costs the community faces due to climate change.

“Defendants have known for more than 50 years that greenhouse gas pollution from their fossil fuel products would have significant adverse impacts on the Earth’s climate and sea levels,” the lawsuit states. But instead of raising the alarm about what they knew or taking steps to reduce the damage, “defendants concealed the dangers, promoted false and misleading information, sought to undermine public support for greenhouse gas regulation, and engaged in massive campaigns to promote the ever-increasing use of their products at ever-greater volumes” to maximize corporate profits.

“With nearly 300 miles of coastline, the Hawaiian islands that make up Maui County face the threat of sea level rise from all sides,” InsideClimate News reports, citing the lawsuit. “Roadways, parks, infrastructure, and buildings that hug the coastline are vulnerable to billions of dollars in damages,” and “some of Maui’s most scenic and iconic highways are at risk, including a stretch of Honoapiilani Highway from Papalaua State Wayside Park to the Pali side of the town of Lahaina.”

The county is already working on an adaptation plan that includes a managed retreat and new protective infrastructure, InsideClimate says. And it wants fossils to shoulder a share of the responsibility.

“It might be a David vs. Goliath case, but someone has to take a stand and oil companies need to pay for the damage they knowingly caused,” said Maui Mayor Michael Victorino. “Our ‘rock’ is science, which clearly shows the impacts of burning fossil fuels have led to sea level rise and other environmental impacts that will get worse, perhaps much worse, in the years ahead.”

Exxon declined to comment on the case. Shell and Chevron both issued statements expressing an interest in low-carbon solutions but, each in their own way, said a lawsuit wouldn’t solve anything.

“We do not believe the courtroom is the right venue to address climate change, but that smart policy from government, supported by inclusive action from all business sectors, including ours, and from civil society, is the appropriate way to reach solutions and drive progress,” said Shell spokesperson Anna Arata. Chevron spokesperson Sean Comey said the cases “punish companies that deliver affordable, reliable energy.”