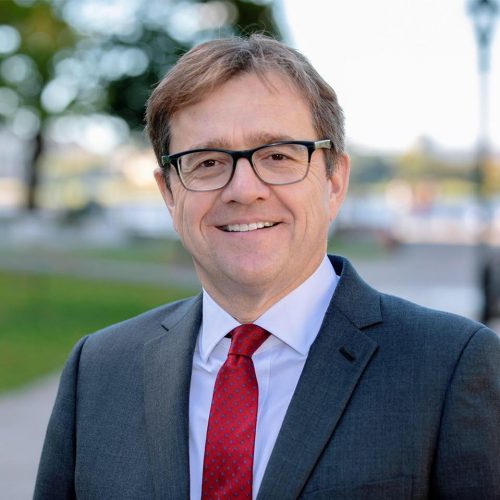 The Trudeau government is expressing warmer interest in carbon border adjustments (CBAs) as a way to control industrial greenhouse gas emissions without putting Canadian companies at a competitive disadvantage internationally, just as the European Union and the United States begin serious musings about taking similar steps, the Globe and Mail reports this week.

The newfound in the strategy may “reflect Ottawa playing catch-up as carbon tariffs gain traction among its trading partners,” writes climate columnist Adam Radwanski—particularly if (or when) U.S. Democratic presidential candidate Joe Biden gets to implement his policy platform next year.

“Border carbon adjustments are a very interesting tool that can be effective at pushing for collective action across the world to combat climate change, while also protecting the competitiveness of key industries,” Environment and Climate Change Minister Jonathan Wilkinson told the Globe in a statement. “There are numerous conversations occurring in other jurisdictions about their application. We are watching those developments with great interest and intend to be active participants in international discussions on this issue.”

Radwanski says that’s quite a shift in tone since Green Party leader Annamae Paul suggested a border adjustment policy a couple of weeks ago. While Wilkinson told media he “wouldn’t rule it off the table”, he added that it was “not something that we’re going to be doing” as his department develops a strategy to exceed the country’s current 2030 emissions reduction target under the Paris Agreement.

While Wilkinson’s office called the updated statement a clarification, Radwanski read it as a reaction to the steps the EU is already taking to design a CBA, and to the passage in Biden’s Made in America industrial plan that pledges to “apply a carbon adjustment fee against countries that are failing to meet their climate and environmental obligations”.

Trade advisor and CBA expert Aaron Cosbey told the Globe that policy could be the biggest catalyst for action in Ottawa. “it’s a much more serious discussion if it’s continentally integrated” and if Biden wins the presidential election November 3, “we will probably start seeing the beginning of those discussions.”

Radwanski published a primer on carbon tariffs just three days before his interview with Wilkinson. And media in the U.S. and the EU are picking up on the story, as well.

Last week, Politico reported that Biden and some Democrats in Congress are looking at trade policy as a way to “add financial teeth to international pacts to reduce carbon emissions, which until now have relied on voluntary participation by the countries signing them. It would also mark a departure from the Trump administration strategy of boosting fossil-fuel exports.” The story notes that Biden’s trade agenda includes a global ban on fossil subsidies, tariffs on carbon-intensive imports, and emission reduction commitments in international trade agreements.

“The U.S. is in a globally unique position,” said Roosevelt Institute trade and climate researcher Todd Tucker. “It’s got the largest consumer market in the world, and with that comes a lot of leverage over foreign governments.”

The country is also “home to some of the largest multinationals that are responsible domestically and globally for a lot of carbon emissions,” he added. “In theory, [the federal government] can use its market access as leverage and compel its corporations to follow certain rules of the road.”

Politico digs into the arguments back and forth between a former Trump advisor who thinks Biden will alienate Rust Belt workers if his policies shut down exports, versus Democrats from that part of the country who think the new administration will need every tool in its toolbox to get emissions under control.

“The carbon pollution from global trade is immense,” Politico notes. “About a quarter of worldwide carbon emissions comes from producing products that are eventually consumed in another country,” according to a journal article published in 2012, and “one paper from last year estimated that carbon emissions from U.S-based companies’ overseas operations alone would rank as the 12th largest national emitter, more than any European nation.”

Earlier this month, meanwhile, E3G policy advisor Johanna Lehne argued that border carbon adjustments (her acronym is BCAs) are “technically difficult to design and politically challenging to implement”—so if the EU wants to go in that direction, it should engage with trading partners early and often, rather than trying to go it alone.

“There is no point designing the perfect mechanism, only for it to be dead on arrival because the EU has not laid the groundwork for a cooperative approach,” Lehne wrote. “Significant diplomatic effort will be required to demonstrate that BCAs do not amount to protectionism and to explain their true—and limited—impacts on trade.”

As well, the European Commission “should ensure that the analysis of the cross-border effects of BCAs are integrated into impact assessments for these policies. Such an assessment would need to focus on developing countries and on major trade partners.”