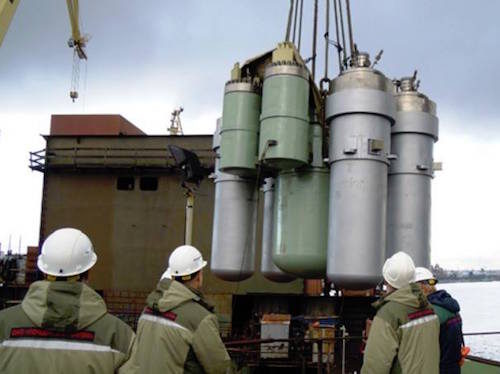 A collection of 30 local, regional, and national public interest organizations from across the country is rallying against next-generation nuclear power development after the federal government announced a C$20-million infusion for the industry tied to its 2050 net-zero emissions target.

In a statement released yesterday, the groups describe (somewhat) small modular reactors as “a dirty, dangerous distraction from tackling the climate crisis,” adding that “nuclear energy is not green, not clean, too costly, and too slow to build.” Citing a Canadian study that concluded SMRs will be up to 10 times as expensive as renewable energy—with renewables and battery storage costs still falling fast—they say Ottawa “is trying to save the nuclear industry rather than saving the environment and protecting health.”

“By helping to bring these small reactors to market, we are supporting significant environmental and economic benefits, including generating energy with reduced emissions, highly-skilled job creation, and Canadian intellectual property development,” Bains said.

The public interest groups brought together by the announcement cite a U.S. study that showed solar producing six times more jobs than nuclear per gigawatt-hour electricity produced. And they dispute Natural Resources Minister Seamus O’Regan’s curious notion that there’s no path to net-zero carbon emissions without nuclear. “A new study of 123 countries over 25 years found that countries that invested in renewable energy lowered their carbon emissions much more than those reliant on nuclear energy,” they write.

The groups also take issue with any sense that SMRs are safe.

“The new ‘small’ reactors, proposed to be built across Canada, will produce radioactive waste of many kinds,” they write. “Some of the proposed models would extract plutonium from irradiated fuel, worsening concerns about weapons proliferation and creating new forms of radioactive waste that are especially dangerous to manage. The federal government currently has no detailed policy or strategy for what to do with radioactive waste, and no design or location for a deep underground repository where industry proposes to store high-level radioactive waste for hundreds of thousands of years.”

CBC has O’Regan promising a federal review to make sure its radioactive waste program meets the “highest international standards.”

“We do have to make sure Canadians trust the power system,” he said. “SMR technology allows us to minimize the amount of waste, and in some cases has the potential to recycle nuclear waste.”

“The industry is actually selling PowerPoint reactors, not detailed engineering, and it’s not the first time. They’ve been doing this for decades,” Schneider told The Energy Mix. “Nobody, not even industry, pretends they can produce anything before 2030.”

Excellent overview with the best links. Thank you Energy Mix!

Thank you Angela! (And thanks OCAA for carrying this flag for so many years while most of the rest of us were focused on other battles.)

Dirty Dangerous Distraction (DDD) Nuclear Reactors are just another way for the Federal government to continue protecting the status quo of maintaining their subsidies for oil and gas industries while claiming to be funding these technologies that MIGHT be built in the 2030’s and MIGHT work (ie. they are just “powerpoint reactors” as you wrote in a previous article). Rather than fund real Climate Action today these new nuclear reactors are just another way to pay for the expensive government lobbyists and staff to produce more plans and maybe build something that might work sometime in the future. In the case of Terrestrial Energy who received this initial $20 MILLION, this includes Stephen Harper, FORMER PRIME MINISTER OF CANADA and Michael Binder, Ph.D., FORMER PRESIDENT AND CEO, CANADIAN NUCLEAR SAFETY COMMISSION (https://www.terrestrialenergy.com/about-us/advisors/). It is Canada’s latest Nuclear PONZI SCHEME to avoid doing the required decommissioning and waste management work that is required to be done NOW.