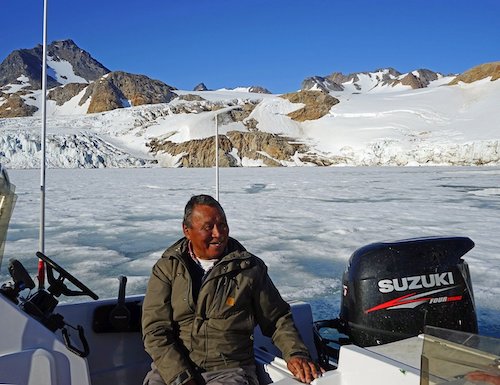 Indigenous people who live off the land are increasingly at risk of food insecurity and the health problems it causes thanks to federal policies that ignore the impacts of climate change on traditional foods, concludes an 18-month study released this morning.

“Climate change is pushing increasingly dangerous levels of food poverty in First Nations,” said study co-author Katharina Rall, Paris-based senior environment researcher at Human Rights Watch. “By flouting its emissions reduction commitments, Canada is contributing to the global climate crisis that, within its borders, is being felt most acutely by Indigenous people who live off the land.”

With Canada warming at twice the world average rate, and the Arctic at three times the average rate, according to Ottawa’s own analysis, the study “details the myriad challenges First Nations people are confronting with greater frequency when trying to acquire healthy food—from thin ice cover on traditional hunting routes to biodiversity loss, unpredictable winter roads, shorter hunting seasons, and lower yields of fish in waters that not long ago boasted bountiful stocks,” the Globe and Mail reports.

The result is what Human Rights Watch calls “climate-exacerbated food poverty”, with children, Elders, and other Indigenous community members increasingly forced to skip meals or turn to processed foods.

“The report lays bare the reality that climate change is compounding the inequalities long experienced by Indigenous people in Canada, including health outcomes and poverty rates,” the Globe says, reminding governments all levels “that reconciliation is impossible without immediate and sustained action to curb climate change.”

The impacts of the climate crisis “might not be as apparent to people who live in big cities in the south…but things will get worse,” Rall told the Globe. “What we’re seeing here, with First Nations, is really a harbinger of what’s to come—very soon.”

Rall and co-author Rachel LaFortune call on the federal government to “urgently strengthen its climate change policies to reduce emissions,” while delivering financial and technical support for First Nations to design and run local climate mitigation projects, the Globe writes. They also say Environment and Climate Change Canada should “revise the federal carbon tax system to ensure First Nations benefit from equitable revenue-sharing, and those on reserve can easily access the equivalent of a tax rebate.”

The study is based on 120 interviews with chiefs, councillors, and community members in Old Crow, Yukon, the Peawanuck and Attawapiskat First Nations in Ontario, and British Columbia’s Skeena River watershed between June 2018 and December 2019. The Globe has responses from spokespeople for Environment and Climate Minister Jonathan Wilkinson and Northern Affairs Minister Dan Vandal, as well as a profile of an Indigenous guardian in Peawanuck who’s seen a decline in the traditional harvest of geese and whitefish over the last two decades.

In a conversation with a clerk at a rural gas station a couple of years ago, “I said that I study climate change, and then she said she doesn’t believe in it,” Sam Hunter told the Globe. “I told her, ‘Well, where I’m living, the permafrost is melting, and trees are sinking into the muskeg. It’s literally vanishing.’ And then she said, ‘Wow, that’s the first time I’ve heard anyone tell me what they’re actually seeing.’”

(Editor’s note: Hunter’s comment echoes a taxi driver in Whitehorse in 2001, carrying a passenger to a conference on northern climate impacts. “I don’t need a conference to tell me that climate change is happening,” she said. “It’s only March, and there are already pussy willows in the harbour.”)

Click here to download a copy of the 120-page Human Rights Watch report, My Fear is Losing Everything: The Climate Crisis and First Nations’ Right to Food in Canada.

This story has been corrected. The original version of the second-last paragraph gave the wrong month for the Whitehorse climate change conference in 2001.