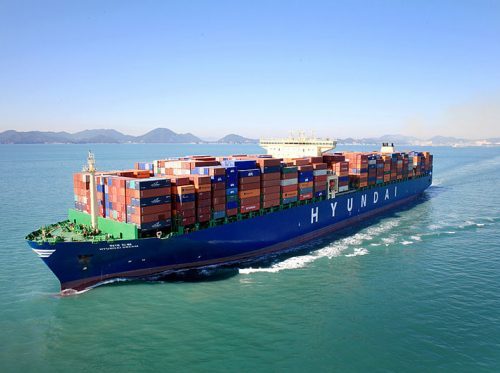 International shipping companies are on track to get a free pass on their greenhouse gas emissions for the rest of this decade under what’s being called a “compromise” proposal that postpones energy efficiency requirement for marine vessels until 2030.

The plan, adopted by Japan, China, South Korea, Norway, and several EU member states, imposes “a combination of mandatory short-term technical and operational measures on the world’s 60,000 vessels, from reducing engine power to introducing ship-level carbon intensity targets,” Climate Home News reports. But “these measures would not be enforced until 2030—a decade too late, green groups say.”

The package was due to be considered by an International Maritime Organization (IMO) committee this week.

“Leaving the efficiency of ships unregulated for another decade, the clear and intended result of this proposal, is certain to allow shipping’s huge one billion tonnes of annual GHG emissions to keep rising for the next 10 years and beyond,” said Generation Climate Europe campaigner Kate Young. The IMO has promised a 50% emissions reduction by 2050, and 40% carbon intensity cut by 2030. But Climate Home says cargo ship emissions, which already account for 3% of global emissions, are expected to increase 90 to 130% from 2008 levels by mid-century.

“What’s on the table now may not even be enough to achieve the IMO’s minimum 2030 target. It’s certainly not Paris-aligned,” added Bryan Comer, a senior researcher at the International Council on Clean Transportation (ICCT). Yet “every year that we allow shipping emissions to go up, it is eating up more of the carbon budget. More drastic actions will need to be taken later.”

The new approach is modelled on a set of efficiency targets, developed in Japan, that sets targets for existing ships based on their type and size, Climate Home explains. But an ICCT found that approach would only reduce emissions from existing fleets by 0.8 to 1.6% by 2030.

So the IMO is proposing to combine that approach with other operational measures, put forward by Denmark, Germany, and France, that would an individual target for each individual ship. But climate campaigners cast that “as a compromise, which lacks urgency and commitment to address the scale of the problem,” Climate Home writes.

Moreover, “the measures are voluntary for the next decade,” he added. “There is no reason for member states to go beyond what the regulation says. They will just wait until then.”