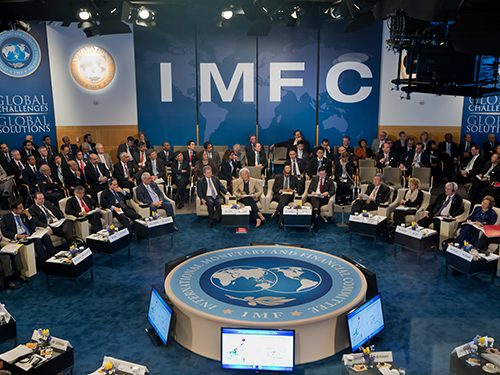 Rejecting the oft-cited dictum that growth must be sacrificed to cut emissions, the International Monetary Fund (IMF) has issued a “blueprint” for getting to net-zero by 2050 without economic pain—and with a healthier global population.

“The IMF’s new approach might herald a tipping point not just in the institution’s thinking about climate change, but the mainstream views of economics and policy-making,” reports Bloomberg Green. Whereas traditional cost/benefit models insist that lower emissions mean lower GDP, the organization’s latest World Economic Outlook (WEO) “takes a different tack, arguing there is no trade-off between the two.”

The report goes further, adds Bloomberg, “by factoring in the so-called ‘co-benefits’ from cutting emissions—the often-neglected side effects, such as fewer deaths from air pollution, and reduced traffic.”

As for how the world can achieve net-zero carbon emissions by 2050, the IMF has modelled a “package of policies,” including a “modest” US$6 to $10 carbon price, “80% subsidies for renewable energy production, a swath of green public investments, compensation for households, and a supportive fiscal approach.” Bloomberg calls that latter element—otherwise known as debt—a “reasonable” move, given that interest rates are likely to be remain low over the time the debt will accumulate.

Particularly canny, notes Bloomberg, is the IMF’s work in testing its policy package against standard cost/benefit models—in particular, William Nordhaus’s highly influential model, which pegs climate action as anathema to growth, and “which is notorious for downplaying the damage caused by climate change.” Yet, even under Nordhaus’s constraints, “the IMF’s projections show only a slight drag on GDP from 2037 to 2050, before the longer-term benefits kick in.”

And even this small, short-term drag, the IMF authors say, “would be negated by benefits from lower air pollution and reduced traffic.”

The IMF has been moving in the direction of its latest WEO for a number of years now, with an early public indicator being an August 2014 report in which the international lender urged nations both to implement steep pollution taxes and to adopt a “polluter pays” principle by cutting income taxes while ramping up carbon prices and taxes on gasoline. Less than a year later, the organization went public with its “shocking” calculation that fossil fuels were being subsidized globally to the tune of more than $10 million per minute, all day, every day, to an annual total of $5.3 trillion.

Now, with this latest report, the IMF seems to be putting into practice its 2015 commitment to start integrating climate risk into its economic recommendations.

Still, writes Bloomberg, the devil is in the details. In a recent review of the IMF’s Article IV reports on Indonesia, India, Mozambique, the Philippines, and South Africa, the Dutch think tank Recourse said the IMF identified climate change as a macroeconomic risk only for Mozambique and the Philippines, while seeming to “downplay the risks of South Africa and Indonesia’s heavy reliance on export earnings from coal.” The Recourse report also “cites numerous instances where seemingly neutral IMF recommendations in areas such as tax or infrastructure would effectively lock in more dependence on fossil fuels,” adds Bloomberg.

In its own coverage of the Recourse report, Climate Home News flags a World Bank/IMF debt sustainability assessment that “implicitly backs fossil fuel subsidies that risk putting countries on a polluting pathway.” For example, the assessment called the debt carried by Mozambique sustainable, “based on anticipated revenues from a controversial megaproject to produce and export LNG”; the IMF’s take on India, meanwhile, “made no mention of the tax breaks India recently introduced for coal production.”

Citing a recent exchange between IMF Managing Director Kristalina Georgieva and Jon Sward, environment project manager at the UK-based Bretton Woods Project, Climate Home reports that while Georgieva admits the IMF “had overestimated the benefits of past investments in fossil fuels,” she stressed the organization now wants “to be at the forefront of linking risks caused by the energy transition and by climate shocks, such as extreme weather events, with financial stability.”

Observing that the IMF has “established a ‘very strong research’ stream on the issue and was working to integrate climate risks into its stress tests,” Georgieva also hinted at “divisions within the IMF about the role the fund should play in addressing climate change,” Climate Home adds.

Still, the IMF needs to review how “it assesses countries’ economic and financial policies and the sustainability of countries’ debt to integrate climate risks,” said Dilemma Orozco, a senior policy advisor on sustainable finance at E3G, an international climate change think tank.  “Many countries receiving IMF COVID-19 emergency assistance are being asked to carry out austerity as soon as next year,” she told Climate Home. “You cannot ask countries to implement their [climate plans] and transition to a low-carbon future if they have no fiscal space to do so.”