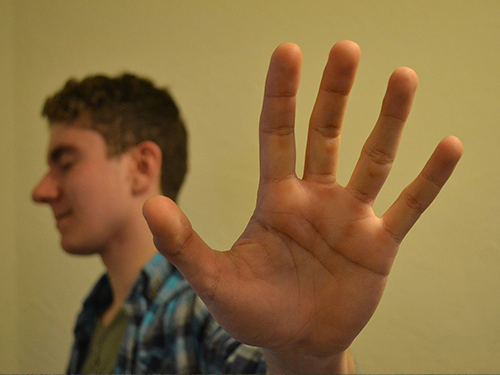 Well-meaning “eco-tips” are often received as nagging guilt trips, triggering resistance to climate action just when it is needed most, says a new study out of Georgia State University.

Titled Don’t Tell Me What to Do, the study found that being told that “the solution to our planetary crisis starts with us” is very likely not having the intended effect, writes Grist.

Through an online survey of nearly 2,000 people, the Georgia State researchers found a clear correlation between openness to climate action, policy, and education and not having been exposed to “eco-pious” messages about the need to sacrifice things like a long hot soak in the tub.

By contrast, exposure to messages that involved policy issues—like fuel efficiency standards or efforts to stop deforestation—seemed to encourage a positive response to tackling the climate crisis. In both groups, the nature of “the messenger”—meaning, scientist versus layperson—did not make much difference to how the message was received.

What did make a difference, notes Grist, was the political bias of the respondent, with Republicans being much more likely than Democrats to object strongly to being told that a shower is better than a bath.

The viewpoint is valid, said Sarah McFarland Taylor, author of Ecopiety: Green Media and the Dilemma of Environmental Virtue, given that such small actions seem “absurd” compared to the scope of the climate crisis. Economics plays a role, too, she told Grist: “The fact of the matter is, a small cadre of the ‘eco-pious’ who have the wherewithal and the resources to do these voluntary individual actions, will do them. And the rest of the people will not.”

And reactions to such eco-piety can be hostile, said the study’s lead author, Georgia State urban geographer Risa Palm. She pointed to how certain groups of diesel truck owners responded to the rise of electric vehicles with their own trend of “coal-rolling”—“rigging up their vehicles to spew giant clouds of smoke, targeted at unsuspecting pedestrians, bicyclists, and Prius owners.”

Rather than telling people what they must and mustn’t do, those anxious to proselytize climate action need to show, rather than tell, just how “fun,” “cool,” and “sexy” it is to cut carbon—the exact words used last year by Japanese Environment Minister Shinjiro Koizumi, Grist notes.

Case in point, says McFarland Taylor, is Copenhagen’s rousing success at becoming a “bicycle paradise” in the wake of the 1973 oil crisis, thanks in part to a marketing pitch that celebrated two-wheel mobility as “something practical, exciting, and even glamorous.”

So the theatre is burning and we are supposed to show how “cool” and “sexy” it is to head to the exit instead of yelling “Fire!”

Thanks, Ana. I really hope not, and that’s not what I took away from the story. But an important underlying message from the climate community to the fossil industries and their political enablers is that if something isn’t working, you try something different. If we’re going to win, we have to remember that, too.

* If climate communicators present what we genuinely intend as sound, factual advice, and maybe the first step on a ladder of deeper engagement, but it’s being received as a judgemental guilt trip that actually undercuts support for climate action, we need a different way to start the conversation.

* If we’ve been hearing for decades (courtesy, apparently, of a greenwashing campaign by BP) that we all just have to “do our bit” to get the climate crisis solved, but all of that activity would really only add up to 40% of the solution if everyone everywhere always got onboard, that also means we need a different message and call to action.

None of this is to say that climate hawks have been wrong, stupid, or evil by putting out messages in good faith that may now run counter to the best evidence on how we win. We haven’t been any of those things. But there it is again — if we just stick to our fixed habits and dismiss that evidence (abeit just one study so far, in this case), how exactly is that aspect of our behaviour appreciably better than the way the fossils conduct themselves? (Don’t worry — I get how we’re doing better in so many other ways. 🙂 )