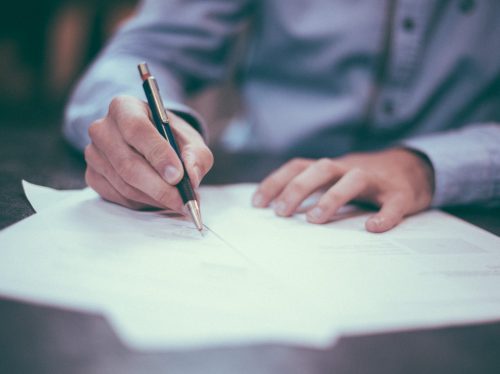 Let’s face it Canada, as things go in this troubled world, we’re not doing badly.

But that’s exactly when we need to take a breath and consider all the things either going wrong outside our borders, challenging us beyond today at home, or just upending all our old expectations from, oh, let’s say, January.

Sometimes this can feel like one of those ‘wicked’ problems where every solution seems to make something else worse. But when it comes to big, national-scale wicked problems, Canada actually has a remarkably adaptable answer.

What we need here, folks, is a Royal Commission on What the Hell Canada Does Now.

Okay. It probably shouldn’t be called precisely that. But it should certainly be given the scope to address the most urgent and explosive issues we confront as a nation: inexorable climate shifts; the economic sunset of the carbon energy industry; the economic fraying of Canadian society; the instability of our historic status as a satellite to the United States. Not only because these are inextricably entwined with each other, but because they are the minimum challenges this country must meet if its residents hope to continue our globally envied lives.

So call it something bland, Prime Minister Trudeau, perhaps the robustly vague ‘Royal Commission on Canada’s Future in the 21st Century.’ But do it. It is the perfect device for the least perfect of moments.

I’m serious. Hear me out.

More Than Just a Delaying Tactic

At minimum, a royal commission on any thorny problem serves the attractive political purpose of appearing to do something about it while not (yet) having to actually tackle the tough stuff. But there are much better reasons for one on the upside. And where a clear path forward is already evident—as in setting a tougher emission reduction target for 2030, setting binding carbon targets through 2050, investing in ‘no-regrets’ resiliency, and making a fair share contribution to international climate finance—there is not a moment to waste while a commission examines the wider implications of another decade or two of baked-in climate chaos.

But the nature of wicked problems is that we won’t accomplish those goals over the longer haul unless we also manage the inevitable passing of the carbon cartel in several key provinces, the collapse of competence in our key ally, the insupportable jury-rigged, staples- and barbed-wire jiggery-pokery of our current economic security programs, and overarching all of those, the new daily extremes of fires and floods and superstorms brought on by our collective human failure to contain our emissions several decades ago.

By their nature, royal commissions composed of recognized experts and open-minded stakeholders chosen to minimize partisanship, which conduct sincere and clarifying inquiries into a given topic, offer a remarkable mechanism to forge a social consensus around complex issues. They can take the time to delve deeply into those issues’ roots and implications, and seek to identify paths forward that best serve the public interest.

In fairness, that does not describe every such commission in our history. The first one preceded—and catalyzed—Confederation itself. The 1861 Royal Commission on the Defence of Canada mainly documented its vulnerabilities to the United States as that country tipped into civil war.

Some early commissions served frankly racist ends: 1885’s Royal Commission on Chinese Immigration, and another on Chinese and Japanese immigration 27 years later, were meant mainly to stop both. Others were prescient but ineffectual (journalists of my generation may recall in sorrow the stillborn output of the 1981 Kent Commission on corporate concentration in Canadian media). Still others turned out simply to be way, way…way, ahead of their time. Forty-six years elapsed between when the LeDain Royal Commission on the non-medical use of drugs recommended that the Liberal cabinet of Prime Minister Pierre Elliott Trudeau legalize cannabis, and when his son’s cabinet finally got it done.

But on balance, these very Canadian devices have informed and illuminated our public conversations in ways that encourage reasonableness, respect for each other and our diverse views, and—no less important—respect for reality, even when it is hard. Some have made the case for historic accomplishments and policies we now see as foundational.

It was a royal commission led by John Aird whose 1929 report on broadcasting prompted the creation of what became the CBC. The 1963-1965 Laurendeau-Dunton Commission on Bilingualism and Biculturalism (known both popularly and scornfully at the time as the ‘B and B Commission’) laid the political and constitutional case for what became official bilingualism and bilingual in Canada’s federal civil service.

Its work partly overlapped that of another royal commission for which Canadians have a particular reason to be grateful in this annus horribilis of 2020. Canadians, unlike Americans, don’t need to fear the financial cost of seeking medical care for a coronavirus infection in large part because the Hall Royal Commission on Health Services between 1961 and 1964 assembled the persuasive evidence that it made economic and social sense to extend the universal health insurance scheme pioneered by Premier Tommy Douglas in Saskatchewan to the rest of Canada. (So don’t say a royal commission never did anything for you.)

The era of the B and B and Hall commissions should remind the minority Liberal government of another merit of royal commissions more honourable than kicking a tough policy nut down the road: No better device exists to locate the elusive social licence for innovative policy choices than a well-constituted royal commission. Their reports are as close as a government could hope for to a follow-the-numbers roadmap to legislation that can secure support across the floor of the Commons, or among the electorate in the event of an election.

Minority Progressive Conservative or Liberal governments ran the country for all but two of the 11 years between 1957 and 1968.  Between them, the Diefenbaker and Pearson governments appointed 10 royal commissions, nearly one a year, including Hall’s. Trudeau père’s last Liberal government established the MacDonald Royal Commission on the Economic Union and Development Prospects for Canada in 1982. When it delivered its report three years later, a newly-elected Progressive Conservative government promptly seized (for better or worse) on its core recommendation —free trade with the United States— and later won a second majority on the theme.

And let’s be explicit about one other advantage of the form. As we saw with the Truth and Reconciliation Commission—a particular application of the format—a royal commission report can provide a critical inventory of shared facts from which dialogue about a path forward can proceed, even on deeply emotionally charged subjects. For what happens when you don’t have that, just look at any subject under discussion in the United States.

So yes, what we need right now is a Royal Commission, one with a reasonable deadline but arguably an unreasonable mandate: Given what Canada is, who we are now in this century, and our numerous tangible and intangible assets, hear what our best-informed citizens have to say about our current and foreseeable circumstances, and find for us the optimal course through our multiple existential challenges.

Because they are that.

Our prosperity and unity depend on ushering the carbon economy out and the electric one in with care and respect for regions where people still see the former as quintessential. But they depend equally on resolving the economic pathologies of the American-style neoliberalism our governments have surrendered to over the last half-century: both the mismatch between wages and basic living costs in our most important cities; and the number of people everywhere left marginalized by a naive faith in the marketplace.

Our prosperity and sovereignty are woven together in international relations. Canada’s century and a half of existence on the world stage has been played entirely in the role of supporting actor, a satellite state. Three-quarters of a century of densely-woven military security agreements tie us to our current imperial centre in Washington, DC.

But the geopolitical stars are realigning again, as they did when the Second World War left Britain in ruins and America with half the world’s economy. Do we switch stars? We are demographically uniquely well equipped for closer ties with either Asia or Europe. Or do we dare, if not a leading role, then an independent one balancing both? Either way, what becomes of our intimate defence and other relationships if America continues down the well-worn path of other past-their-prime empires?

And then there is the weather. That is, what climate change—the long-term averages and range of conditions—will actually feel like in Halifax or Montreal or Calgary on a daily and seasonal basis over the decades in which we must solve all those other problems. That forecast is not unknown. It looks like every outlier event of the last decade—every Prairie hailstorm, every Eastern flood, every boreal fire, every shrivelling drought—on steroids. Think the Fort McMurray fire was bad? Take a look at Australia and California this year, and understand that that is now the baseline case.

Climate shifts will provoke knock-on consequences in decades ahead that Canada will not be able to ignore, and will have multiplier effects on all those other challenges. The most profound will be migration. Some Americans and many Mexicans already talk about fleeing their countries over their political turmoil and violence. They will become a flood within this half-century when a broad swath of northern Mexico and the southwestern U.S. becomes impossible to inhabit.

Wicked problems. But what’s that wisdom from our Asian heritage? Crisis and opportunity are two sides of the same coin? Canada is in many respects among a handful of countries on the planet with the very best chances of seizing opportunity from the century’s coming calamities while contributing to a more just, equitable outcome for all. But the clock is ticking. The turnaround on a political response needs to be much more MacDonald than LeDain.

But we also need some direction here. Some well-informed, thoughtful navigational aids. We need a Royal Commission on What the Hell We Do Now.