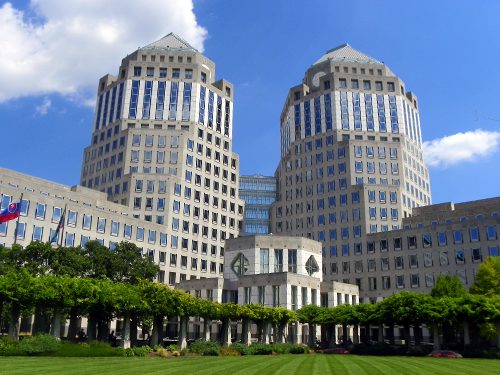 Boreal forest campaigners at the Natural Resources Defense Council (NRDC) were taking a victory lap this week, after Procter & Gamble shareholders voted overwhelmingly for the U.S. consumer products giant to eliminate deforestation and intact forest degradation from its supply chain.

“The vote at the shareholder meeting Tuesday went against a recommendation from P&G’s board of directors that investors reject the measure, which was proposed by Green Century Equity Fund,” BNN Bloomberg reports. The vote “is a signal that even the biggest companies are facing growing pressure on climate-related issues,” with investment behemoth BlackRock backing the proposal alongside Green Century.

With 67% of shareholders backing the resolution, NRDC is calling it “the highest vote for a shareholder resolution on deforestation in history”.

“Investors sent the message that they expect P&G to do much more than the status quo to protect the world’s remaining intact forests,” said NRDC Boreal Corporate Campaign Manager Shelley Vinyard. “This is also a wake-up call to all companies sourcing from Canada’s boreal forest and the Canadian logging industry that the time is long past to reduce its impact on intact forests that are essential for Indigenous Peoples, our climate, and biodiversity.”

Vinyard described the Canadian boreal as “a vital carbon storehouse and the largest remaining intact forest on the planet,” and “home for more than 600 Indigenous communities and their ways of life”.

(Disclosure: The Energy Mix publisher Mitchell Beer is a past consultant with NRDC’s boreal forest project.)

“Prior to the vote, P&G Chief Executive Officer David Taylor defended the company’s practices, saying the company is ‘a leader not a laggard’ on sustainability,” Bloomberg writes. “He also said the company has to find ways to balance consumer demand for softer, premium tissue with sustainability questions.”

That issue intensified during the COVID-19 pandemic, as consumer stockpiling led to record-breaking sales of toilet paper.

“P&G says its practices are sustainable and that a tree is planted for every one that is cut down, while groups like the NRDC say this isn’t enough to compensate for clearcutting,” the news agency adds.

NRDC detailed the problems with P&G’s procurement policies in the second edition of its Issue With Tissue report, and followed up last week with an investor brief addressed to the company’s shareholders. It warned of the market risk P&G faces, contending that the company “is ceding competitive advantage to its peers as it fails to meet its no-deforestation commitment and continues to use 100% virgin forest fibre in its tissue products, while competitors report progress toward greater sustainability in their supply chains.”

It also details the regulatory and reputational risks it sees the company facing for its procurement policies, contending that “P&G’s current policies and reporting on deforestation, intact forest degradation, and human rights in its supply chains have proven grossly insufficient” to address those risks.

World Bank Directs $2B to Fossil Projects Over Two Years, $12B Since Paris Agreement