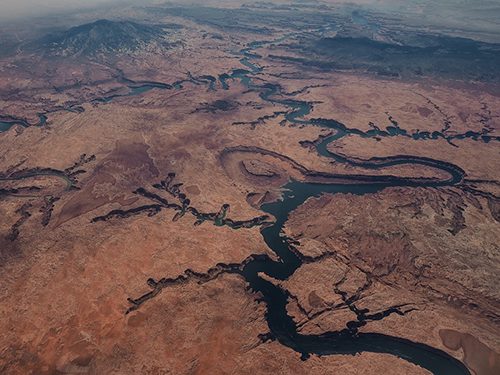 A new report from insurance giant Swiss Re Group warns that more than half of global GDP—totalling US$42 trillion—is in peril, as climate change brings biodiversity to a tipping point and puts 20% of the world’s countries at risk of ecosystem collapse.

In a global first, Swiss Re’s Biodiversity and Ecosystem Services (BES) Index has released data on 10 key planetary “services,” including food and water security and quality, habitat integrity, health of pollinators, soil health, and erosion control, reports The Guardian. The report cross-references that information—which was collected from across the globe at a resolution of one square kilometre—with data on how the state of these services affects priority economic sectors like manufacturing, trade, and real estate.

While developing countries that combined fragile ecosystems with large agricultural sectors, like Nigeria and Pakistan, rank high on Swiss Re’s risk index, so too do water-poor countries like Australia, Israel, and South Africa.

Also deemed high-risk are countries like Brazil and Indonesia which, notwithstanding the swaths of intact ecosystems still (relatively) secure within their borders, are still vulnerable due to their resource-based economies. That dependence makes the protection of remaining wilderness imperative, said the report.

Swiss Re created the index to help its fellow insurers assess ecosystem risks for businesses, but it also “allows businesses and governments to factor biodiversity and ecosystems into their economic decision-making,” said Jeffrey Bohn, the company’s chief research officer.

Flagging insufficient data a reason for a whopping 75% of global assets to remain uninsured, Bohn stressed the value of the index in helping to quantify “risks such as crop losses and flooding.”

While putting a name to the rapidly-accelerating biodiversity crisis is “half the solution,” there is an urgent need for concerted action at all levels of human life, stressed Alexander Pfaff, a professor of public policy, economics, and environment at Duke University. “Societies, from local to global, can do much better when we not only acknowledge the importance of contributions from nature, as this index is doing‚ but also take that into account in our actions, private and public,” he said.

Along with the data in its BES index, Swiss Re identified necessary solutions, including economic diversification, conservation, and habitat protection for developing countries with large agricultural sectors, like Pakistan and Nigeria. Reviving Louisiana’s coastal habitats “could reduce expected flood costs by $5.3 billion annually,” while restoring the world’s coral reefs “could lower estimated flood damages for 100-year storm events that would otherwise increase by 91% across the globe.”

But the insurance giant also warned that no amount of diversification will buffer the world’s economies against things like water scarcity or loss of pollinators.

The Guardian notes that, not long before Swiss Re released its index, 64 world leaders, including New Zealand’s Jacinda Ardern, the UK’s Boris Johnson, France’s Emmanuel Macron, Germany’s Angela Merkel, and Canada’s Justin Trudeau pledged to make wildlife protection and climate central to their pandemic recovery plans as part of the run-up to a United Nations global meeting on biodiversity. However, in a report prepared for that meeting, the UN revealed that “the world’s governments failed to meet a single target to stem biodiversity losses in the last decade,” The Guardian writes.

World makes haste too slowly on cutting energy use