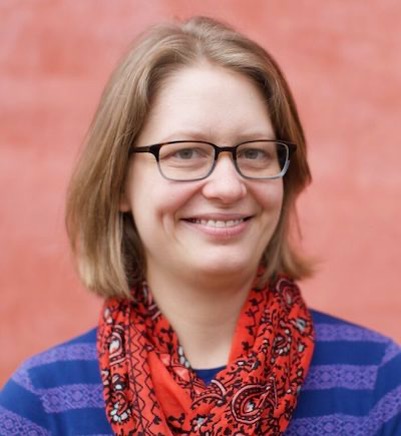 Kelly Trout is a senior research analyst with Oil Change International. In this feature interview, she talks about the International Energy Agency’s World Energy Outlook (WEO), the agency’s long-standing allegiance to the fossil fuel industries, and what it would take for the IEA to really deliver “gold standard” energy modelling in an era of climate emergency.

The Energy Mix: The IEA’s World Energy Outlook got largely positive news coverage this week, focusing mainly on the uncertainties and disruptions they flagged in fossil fuel markets and their acknowledgement that solar is “king”. Their Sustainable Development Scenario now projects a deep enough emissions reduction to deliver cleaner air than we saw at the height of the pandemic lockdowns. Why is Oil Change still so critical of this year’s WEO?

Trout: The IEA’s work has to be judged against the urgency of the climate crisis, and the way the WEO has been used by governments and fossil fuel companies to keep justifying moving in the wrong direction. We’ve been calling on the IEA for a number of years to actually focus the WEO on the world we want, one that limits global warming to 1.5°C, and where energy investments align with a pathway that would save lives and sustain the ecosystems we depend on.

But the WEO still centres on a business as usual scenario that takes us towards 3°C average global warming. It includes the Sustainable Development Scenario (SDS), which is what the IEA calls its climate scenario, but the SDS ignores the latest science coming out of the Intergovernmental Panel on Climate Change (IPCC) on the urgency of staying within the 1.5°C warming limit.

We were less critical this year than in years past because the IEA took a first step toward responding to the pressure from groups like Oil Change, and from investor groups and climate scientists. They added a new case to this year’s WEO that goes beyond the SDS and shows what it would look like through 2030 to get on a 1.5°C pathway.

But when you go back to the urgency of the climate crisis, it’s still not enough. We need the IEA’s central scenario to align with 1.5°C, so that the most detailed roadmap governments and investors receive is one that actually takes us toward a livable future.

The Mix: The IEA might argue that their job is to report on the future trends they see, rather than trying to shape them. Do they have a history of getting the trends right?

Trout: The IEA notoriously does not have a track record of getting the trends right. A report just this week looked back to 2000 to see how their forecasts compared to the way energy demand and the deployment of renewable energy and fossil fuels actually ended up. The analysis shows that the IEA consistently overestimated the expected role of fossil fuels in the global energy system and consistently underestimated the growth of renewables.

For example, one of the IEA’s projections for total photovoltaic solar capacity around the world ended up being equal to the installations made in a single year, just five years later. That shows how far behind the curve the IEA has been in its forecasts, and it goes back to the agency’s bias toward incumbent fossil fuel industries. It tends to look at pathways and policies that would minimize disruption to the fossil fuel industry, rather than minimizing disruptions to the climate.

The Mix: Does the urgency of the climate crisis justify them taking a more assertive role in driving the transition off carbon?

Trout: Especially in the recent COVID crisis, the IEA has been trying to position itself as an authority on climate and energy transition. They’ve been trying to pull together, in their words, a “grand coalition” of stakeholders, including the oil industry, to come together on some solutions.

Unfortunately, it’s still not clear the IEA is fit for that leadership role, given its long-standing bias toward the fossil fuel sector and other incumbent industries and its lack of imagination on the scale of solutions and policies that can tackle the climate crisis. The IEA could prove that it’s equipped to take on such a leadership role by transforming the WEO in its next edition, heading into the next UN climate change conference in Glasgow, and actually put a 1.5°C energy trajectory at the centre of its analysis.

Even this year, while the latest WEO makes a start toward a 1.5°C scenario, it’s notable that the chapter where it appears goes into more granular detail on the emission cuts that could be achieved through individual lifestyle changes than it does on the fossil fuel production cuts that would be needed, or how governments can support fossil fuel workers by investing in a just transition. So the IEA continues to take focus away from the heart of the problem, which is how to manage the decline of the fossil fuel industry in a way that is both fast enough to keep warming within 1.5°C, and also fair and just for workers and communities around the world.

The Mix: Why should any of this matter? How did the IEA’s modelling get to be so influential in driving investors’ decisions to support fossil fuel projects?

Trout: The analogy I come back to, with credit to Liam Denning, is that if you’re using Google Maps, most people just follow the default route without thinking about it too much. The default route in the WEO, even still in 2020, takes us toward 3.0°C of global warming. We’ve seen the IEA publish these future forecasts of fossil fuel demand, and investors, governments, and companies takes the WEO into account when they make serious investment decisions worth trillions of dollars. The WEO scenarios are taken as a signal for more investment in fossil fuel supply, and the forecasts become a self-fulfilling prophecy.

Whatever default scenario they publish is also the one where they provide the most detail, and that they talk the most about. We’ve seen the WEO used in years past to justify things like Arctic drilling, or the Trans Mountain pipeline expansion in Canada, or a massive expansion of coal mining in Australia. So the IEA has a lot of catch-up to do to establish its credibility and show it has the imagination to help guide governments and investors toward the rapid transition off fossil fuels that we need.

The Mix: Surely the IEA understands the problem. Why has it taken several years of civil society pressure—several years that we couldn’t afford to waste—for them to begin to address the problem?

Trout: The IEA has a core conflict it has to work out. It increasingly recognizes that to retain its credibility and be seen as a leader on energy, it does need to integrate climate into everything it does. But at the same time, the IEA has this history of being beholden and biased toward fossil fuel interests, and it’s hard for them to get comfortable recommending the climate solutions we fundamentally need, given the industries they were created to protect.

So, for example, the current World Energy Outlook takes this really significant step forward [with its initial 1.5°C scenario], but it’s worth asking why they didn’t do that as soon as the IPCC issued its report on 1.5°C warming in 2018, telling us all how urgent it is that we align with that trajectory to save millions of lives and ecosystems around the world.

In 2020, the IEA still confines that analysis to a single chapter, and they don’t integrate it into other sections of the report. So you get projections of future oil supply in other sections of the report that ignore 1.5°C. Meanwhile, we’ve known for years that we already have too much fossil fuel in production and the oil, gas, and coal projects already operating will push us beyond 1.5°C, so we shouldn’t be investing in more extraction.

The WEO’s main scenario still shows new oilfields coming onstream to meet future demand. If you superimpose the demand projection from the 1.5°C scenario, existing oilfields can meet that demand. But the IEA hides that information in other parts of the report, in a way that obscures the full consequences for the fossil fuel industry.

The Mix: The IEA calls the World Energy Outlook the “gold standard” for energy modelling. What would a modelling study have to do to actually meet that standard?

Trout: If it wants to be a gold standard, not just for energy modelling but also for leading us out of the climate crisis, the IEA needs to put a 1.5°C-aligned scenario at the centre of its next WEO and make it the focal point for its analysis. The IEA scenarios are used by governments and investors all over the world to drive and justify trillions of dollars of investment. So in the age of climate emergency, our gold standard must also meet some basic moral standards. The scenario at the centre of the world’s most authoritative energy outlook should be the one that saves the most lives and livelihoods around the world, not the one that would best protect future profits for the fossil fuel industry.