Globe and Mail, Guardian Step Up with Climate Journalism Commitments 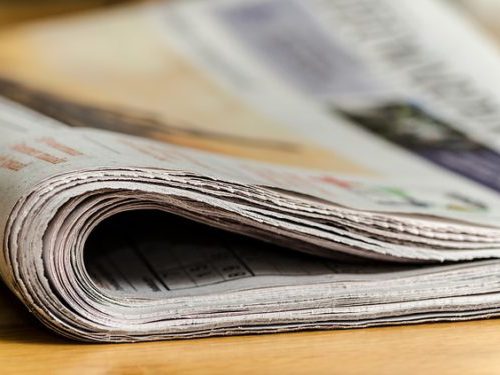 A year after The Guardian pledged to become a global leader in reporting on the climate crisis—from causes to consequences to solutions—the UK-based paper says it has made good on its commitment to push for “genuine systemic change.” In Toronto, meanwhile, the Globe and Mail is also stepping up its climate coverage.

“The global climate crisis is the emergency of our times,” writes Guardian Editor-in-Chief Katharine Viner, in a recent open letter to readers. “Amid all the fear and sadness of 2020, it remains the overwhelming long-term threat to our planet and to everyone’s health and security.”

Reviewing all that her paper has done to raise the alarm and cover solutions since the autumn of last year, Viner chronicles how The Guardian made deliberate changes to its climate lexicon—for example, using “wildlife” instead of “biodiversity”—both to reflect the urgency of the crisis and to make its reporting more accessible. The Guardian has also deepened its environmental coverage, committed to carbon neutrality by 2030 and, in a first amongst the world’s major media, permanently turned its back on fossil advertising.

“We want our supporters to know: when you fund us, this is what you are paying for,” she adds, before chronicling an extensive level of coverage: from the “climate front lines” of the Arctic and the Amazon to the fires in Australia and the western United States; from official climate negotiations among governments to the school climate strikes and Extinction Rebellion.

While digging “deep into the loss of wildlife,” the UK news outlet has also “exposed the most polluting companies on the planet,” Viner adds. And it has patiently and persistently explored the devastating links between environmental degradation and environmental justice (or the lack thereof)—from how air pollution in minority communities has made the impacts of COVID-19 so much worse, to how global heating disproportionately hurts those very same communities.

“Independent, expert journalism can make a difference,” she writes. “It galvanizes protest and resistance, putting pressure on government and industry to make positive changes. And it promotes and encourages best practice, human ingenuity, and innovation that we can all learn from.”

Those gains are more urgently needed than ever before, Viner adds, given that the risk posed by the climate crisis “is nothing less than the downfall of the civilized world, perhaps in the lifetime of today’s schoolchildren.”

Meanwhile, after a lengthy stint as an apparent climate agnostic, Canada’s Globe and Mail has launched its own climate campaign, pledging to provide its subscribers with regular, fact-based, and thorough coverage of the climate crisis—and, yes, the paper does use that term.

Key elements of the Globe’s promise include dedicating a columnist to climate change policy; expanding its coverage of the Arctic, with a particular focus on the imperiled region’s Indigenous peoples; providing guidance on low-carbon investing; and paying more attention to topics like electrification, food production, and renewable energy. Sensitive to the political and day-to-day realities of those whose livelihoods (and bottom lines) still depend upon fossil fuels, senior climate and environment editor Ryan McDonald adds that the paper will be “covering the global energy industry’s move to curb emissions and embrace new technologies, all while tracking the rise of a clean energy future that includes zero-emissions fuels such as hydrogen.”

Pointing to the ecological crisis unfolding all around the world, the Globe stresses that “what we are witnessing is a cascade of disasters from climate change that scientists have warned about for years. Humans caused it. Humans will have to live through it. And humans can help stop it. There is still time—there is still hope.”