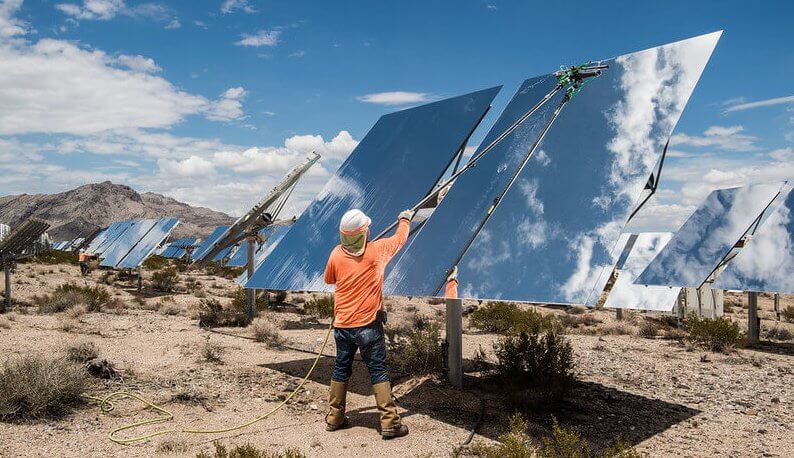 From leading the market 20 years ago the big fossil fuels companies are plunging in value, as investors turn to renewables.

LONDON, 15 October, 2020 – Everyone has heard of ExxonMobil, one of the world’s biggest companies exploiting fossil fuels and a common target for those battling global warming and catastrophic climate change. But does the name NextEra Energy ring any bells?

In terms of stock market value, the Florida-based company – which describes itself as the world’s largest producer of wind and solar energy – has surpassed the size of ExxonMobil.

The contrasting fortunes of the two companies are an indication of just how much the energy market is changing – and hard-nosed financiers,  altering their buying priorities, clearly prefer to move away from fossil fuels.

“People believe that renewable energy is a growth story and that oil and gas is a declining story”, a leading energy analyst told the Bloomberg news service.

Investors, particularly in the US, are queuing up to put their money into renewables. “Today hundreds of billions of dollars of capital are flowing into clean energy”, Bruce Usher, a professor at Columbia Business School in New York, told the CBS news network. “That bucket for investors is not about policy”, said Usher. “It’s about where you can get the biggest return.”

“The US majors, for them to get into the renewables business, I think you need some kind of tectonic shift in their thinking. I can’t imagine it”

In 2008, before the world financial crash, the global oil price was $150 per barrel. Nowadays oil is selling for about $40 per barrel. The big oil producers have failed to reach agreement on limiting output. The US shale industry has added to the oil glut.

The Covid pandemic has dented economic growth further. Oil demand in sectors such as the airline and wider travel industry has slumped dramatically in recent months.

At one stage earlier this year the price of US oil turned negative – meaning producers were paying buyers to take their oil – mainly due to shortages of storage capacity.

Despite the drop in oil prices, renewables have been outperforming fossil fuels on price, mainly due to economies of scale and more efficient manufacturing processes.

Consumers, in the US and elsewhere, are increasingly spurning fossil fuels and opting for clean alternatives – particularly wind and solar – for their energy.

The world energy outlook is changing but the oil majors, such as ExxonMobil, seem to be stuck in a time warp, insistent that the oil boom days will return.

James Robo, CEO of NextEra Energy, told a recent investor conference that though some oil companies were making investments in renewables, many of their projects had major flaws.

“I don’t worry about the oil majors at all”, said Robo. “The US majors, for them to get into the renewables business, I think you need some kind of tectonic shift in their thinking. I can’t imagine it.” – Climate News Network