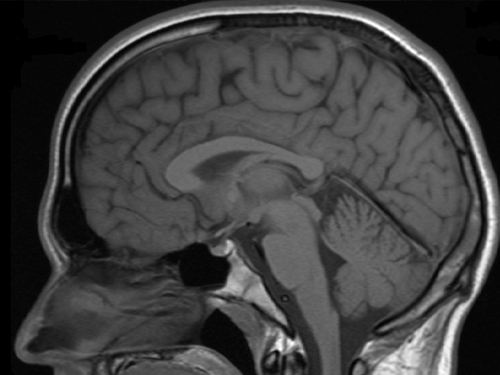 New research is showing a link between pollution “nanoparticles” and the forms of molecular damage that are hallmarks of degenerative diseases like Alzheimer’s and Parkinson’s. While causality has yet to be confirmed, experts are sounding the alarm, given that polluted air is a day-to-day reality for 90% of the world’s population.

In a study just published in the journal Environmental Research, an international team “found abundant pollution nanoparticles in the brain stems of 186 young people from Mexico City who had died suddenly between the ages of 11 months and 27 years,” The Guardian reports. These pollutants, which were “likely to have reached the brain after being inhaled into the bloodstream, or via the nose or gut,” are associated with red-flag “aberrant” proteins found in the brains of patients with Alzheimer’s, Parkinson’s, and amyotrophic lateral sclerosis (ALS).

What’s more, the shape and chemical composition of these metal-rich nanoparticles were found to match “those produced by traffic, through combustion and braking friction”—factors that are “abundant in the air of Mexico City and many other cities.”

Co-author Barbara Maher of Lancaster University told The Guardian the discovery is particularly “terrifying” because the neuropathology was found even in the brain stems of infants.

“We can’t prove causality so far, but how could you expect these nanoparticles containing those metal species to sit inert and harmless inside critical cells of the brain?” she said. “That’s the smoking gun.”

Susan Kohlhaas, director of research at Alzheimer’s Research UK, noted that while air pollution has already been linked “to many adverse health conditions” and “proteins do build up in the brain years before we see visible dementia symptoms,” it will take more research to confirm the connection between air pollution and brain changes in young children.

While the researchers press on, however, policy-makers must set in place the means to precisely measure “the number of nanoparticles to which people are exposed,” said Maher.  “If you measure it, and you understand where the problem is greatest, then you can start to do something.”